Far more than a mere overnight stop along Route 66, Oklahoma City and its surroundings are packed full of great things to see and do, including tons of family-friendly activities and attractions.

The Oklahoma capital is a favourite stopover for those traversing the iconic road trip highway, yet spend any length of time here and you’ll soon discover that its appeal extends far beyond geographical convenience. If you’re planning a trip to Oklahoma City with kids, we’ve picked out 12 great ideas to add to your itinerary.

Kids can get up close and personal with over 200 species of aquatic life at this acclaimed aquarium. Spread over two floors at Quail Springs Mall, the venue is extremely interactive, with visitors able to touch and even feed many of the marine animals that reside here including stingrays, starfish and sea urchins. Other popular features include a hands-on reptile room and an bird exhibit, while the aquarium also hosts regular family-friendly events such as dive shows, pirate shows, shark feedings, and mermaid shows. What’s more, they also offer birthday parties, before/after events, and corporate parties.

The Hollywood, music and literary ideal of the American West has helped ensure the cowboy remains an iconic figure in our culture, and the fantastical lifestyle they are thought to have led continues to be mimicked as a form of imaginative role-play by children around the world. In Oklahoma, little ones and adults alike can immerse themselves in cowboy culture at this fabulous museum, which is committed to the collection and preservation of Western art and artefacts, while educating visitors on the enduring legacy of the American West. Highlights include the museum’s exhibition wing, which houses a turn-of-the-century town and interactive history galleries that focus on the American cowboy, rodeos, Native American culture, Victorian firearms, frontier military and Western performers.

If you like the idea of exploring Oklahoma City with the wind in your hair, then one great option is to join an organised bike tour. Ride OKC are a renowned local company that host a range of themed bike tours around the city, each offering a fascinating insight into the mini-metropolis’s unique history and culture and focussed on showing you the sites you’re unlikely to have found on your own. Tours include an Art & Architecture tour, a Bikes & Brews tour, and a mouth-watering Cookie tour which lets you see the city through its best chocolate chip cookies. The company also offer custom tours tailored around your specific preferences, as well as bike rentals who want to explore independently.

Situated directly next door to the City Zoo (see below), you could comfortably spend an entire day at one of America’s largest science museums, which is spread over more than eight acres of hands-on science experiences, exhibits and displays. From travelling beyond the Milky Way in the planetarium, to watching a live science show in the auditorium, to exploring  a 20,000-square-foot village featuring eight whimsical neighbourhoods, there’s something to satisfy every age, interest and taste.

With white water rapids, kayaking, zip-lining, and a ropes course, Riversport Adventure Park is a great place to head for adrenaline seekers of every age. Located just south of Oklahoma City’s downtown along the Oklahoma River in an area called the Boathouse District, there are tons of activities to pick from here. Families can rent kayaks, canoes and stand-up paddle boards, with options for children as young as 5.

A small child rides navigates a canoe along the Boathouse District river at the Riversport Adventure Park (Photo: Riversport OKC)

Around 15 miles north of central Oklahoma City, Lake Hefner offers plenty of respite from the city hustle and bustle. Though you can’t camp here or swim in the lake, there are still plenty of other activities for families to enjoy. The lake is a treasure trove for bird watching as dozens of waterbird species take small breaks along the shoreline, while there are also playgrounds, sports fields, picnic areas, and scenic walking trails, as well as sailboat races on weekends. 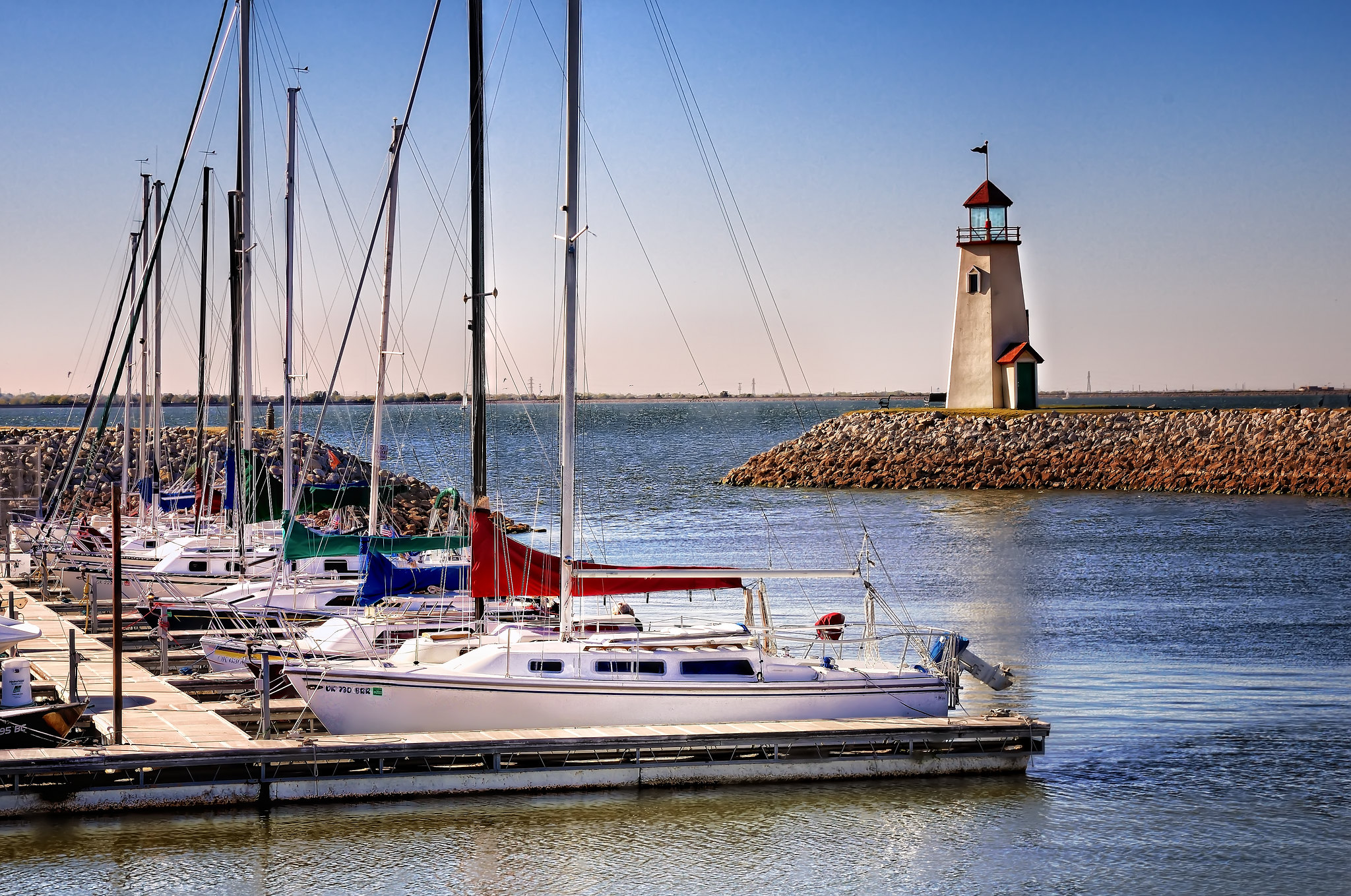 Sail boats moored on Lake Hefner with a lighthouse in the background (Photo: Lane Pearman via Flickr / CC BY 2.0)

In homage to the area’s rich cowboy culture, this Wild West-themed amusement park is home to more than 30 adrenaline-fuelling rides and shows. From rides tailored to the youngest of visitors to rip-roaring rollercoasters and even a gondola-style Ferris wheel offering scenic views of the city, every predilection is catered for here. On scorching hot days, guests can even cool off at the venue’s adjoining water park, with entrance included in the admission price.

A rollercoaster hurtles around the track at Frontier City (Photo: natalie419 via Flickr / CC BY 2.0)

There’s no more reliable family crowd-pleaser than a trip to the zoo and Oklahoma City happens to be home to one of the region’s very best. Spanning some 120 acres, the zoo features world-class habitats including the Great Escape, Cat Forest/Lion Overlook, and Sanctuary Asia where you’ll find the amazing animals of the Asian continents. There’s also the chance to learn about your favourite species and how they’re cared for with free daily talks hosted by animal experts, while little ones can enjoy kiddie-friendly attractions including a choo choo train, carousel and tram. 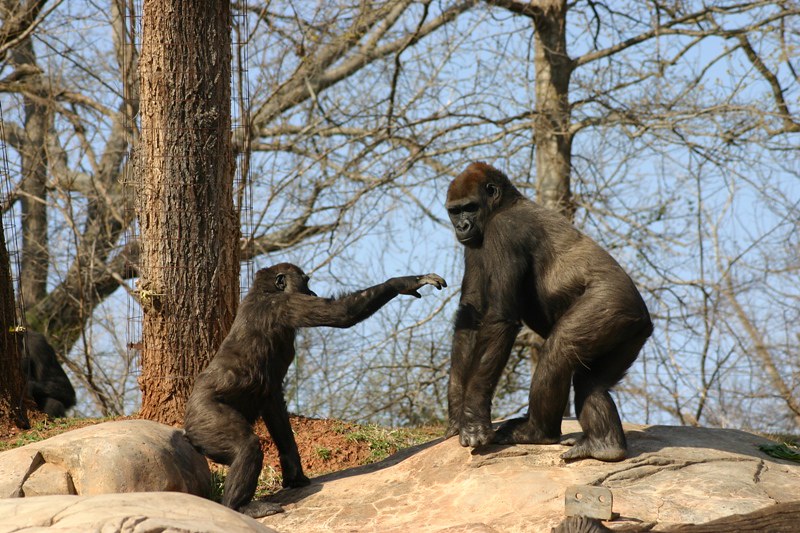 A tropical Conservatory, an array of exotic plants, waterfalls, and numerous tropical animals are just some of the delights that you and your kids will discover at these beautiful and tranquil botanical gardens. Little ones will love the chance to practice their photography skills by snapping all of the picturesque scenery, as well as exploring the conservatory and running around looking for the different art pieces installed throughout the outdoor gardens.

There are few kids anywhere who aren’t sent into a trance by the sight of a fire engine. Founded in 1967, this museum houses centuries-old artefacts and restored fire trucks that will keep your children entertained and absorbed for hours. Owned and operated by actual firefighters, notable exhibits include a replica of the first firehouse in what was then Indian Territory, and The Oklahoma Fallen and Living Firefighters Memorial, designed to honour local firefighters who have served to protect the citizens of Oklahoma down the years.

One of Oklahoma’s most vibrant spots is this buzzing riverfront plaza, where kids and youngsters come to make use of hammocks, games and plenty of food concession stalls. The area is also home to the historic Santa Monica Pier Ferris Wheel, which once served as the backdrop to several Hollywood classic movies before being moved to its current perch on the plaza, where it looms large over the downtown skyline, transporting visitors some 100 feet above the south bank of the river.

Whereas once upon a time soft play centres were the high watermark of children’s entertainment, today there are also all-singing, all-dancing venues like Brickopolis. Spread across three-stories, highlights include an arcade, and an 18-hole miniature golf course, and an immersive laser tag warzone where your job is to fight off aliens. There are also fun-packed outdoor activities including digging for gems and clambering up the wacky Klime Wall.