Perched on the Tennessee River, the city of Knoxville is a great place to visit during springtime, when its vibrant outdoor scene really starts to come into its own.

A spire peeps above treetops in downtown Knoxville (Photo: Deidre Woollard via Flickr / CC BY 2.0)

Renowned for its great Southern food, beautiful downtown district and some of the most die-hard sports fans you’ll ever encounter, Knoxville is one of Tennessee’s most enticing cities. The Spring months bring with them increasingly warm weather, which sees residents and visitors flock outside, while the season is also a time of many exhibitions and events. Here are 12 of the best things to see and do this Springtime that won’t break the bank.

For more than 65 years, Dogwood Arts has been making Knoxville a better place to live, work and play through arts advocacy, environmental stewardship and economic impact. The Dogwood Arts Festival is one of their flagship events, held every Spring since 1961. Celebrating the region’s arts, culture and natural beauty, the festival features a parade, house and garden show, and demonstrations of traditional Appalachian arts and crafts, such as doll-making and bluegrass music. Driving trails are also marked out across Knoxville and the surrounding area for people to see the dogwood trees at their finest.

Knoxville Botanical Garden is pretty all year round, but particularly so in spring, when the trees are flowering, blooms are scattered across the gardens and the cherry blossoms make their annual appearance The gardens feature unique and historic horticulture, over two miles of stone walls, and enchanting walking trails. It’s also home to Knoxville’s ‘Secret Garden’, named after the book of the same name written by Frances Hodgson Burnett, who began her writing career in Knoxville. Don’t miss the Crushed Gravel trail, a popular 0.9-mile path that winds around the Secret Garden’s pathways and alleys, whimsical round stone buildings and stone-sided greenhouses.

Located in the World’s Fair Park in downtown Knoxville, The Sunsphere was designed by a local architectural firm to serve as the symbol of the 1982 World’s Fair. The 266-foot high hexagonal steel structure is topped with a 75-foot gold sphere, with each pane of glass made of 24-karat gold. Each pane cost $1000 at the time of construction. The Observation Deck features a gallery of local images and information, but best of all is the 360-degree view of the city, which is particularly breathtaking in spring when the city is in full bloom. 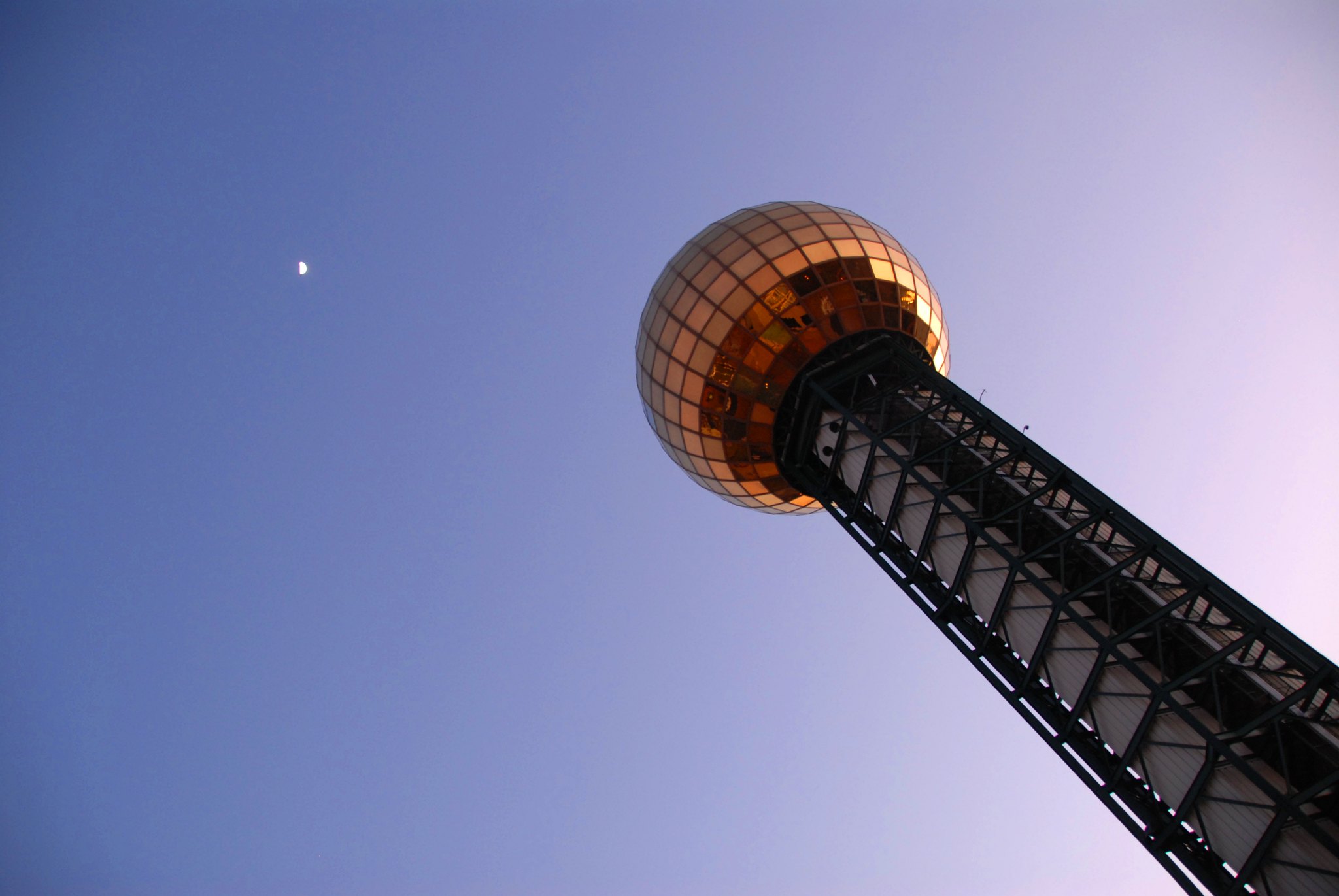 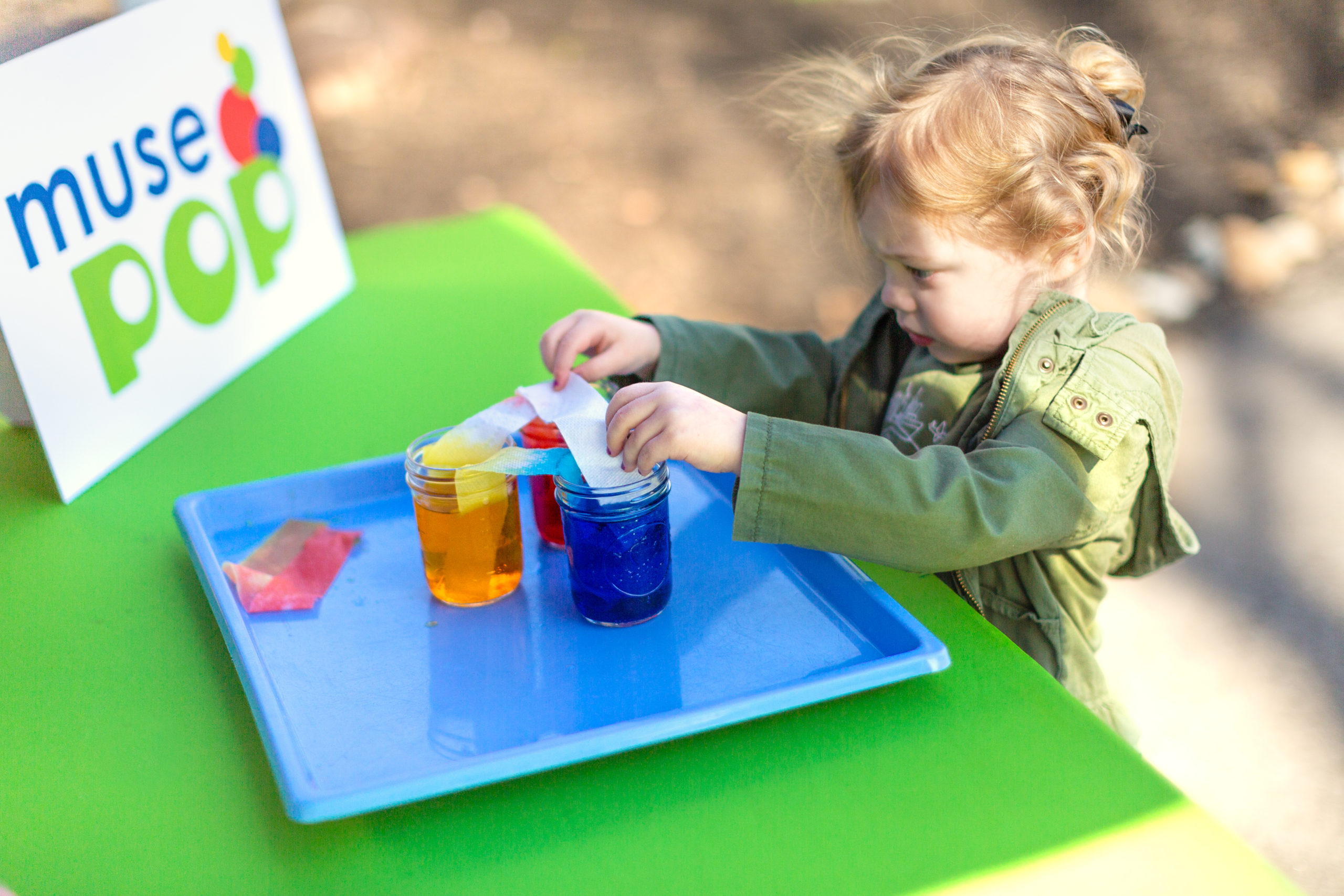 A young girl snapped in a demo shot ahead of the inaugural Muse Pop (Photo: Muse Knoxville)

Hosted at a working cattle farm, the Spring Easter Festival is a must-do for families visiting Knoxville in spring. Every year, the RiverView Family Farm opens its doors for a two-day festival offering easter egg hunts, farm animals, games, local food, hayrides and face painting. Set along the picturesque banks of the Fort Loudon Lake, the farm is around a 30-minute drive from the city centre. It was established in 1801 and has served the local community for more than two centuries, first providing grains and now producing Black Angus beef. Don’t miss their award-winning beefburgers!

A View of the City exhibition at Knoxville Museum of Art

A View of the City will feature more than 20 paintings and paper works of Knoxville and the local area by artists working during and after the 1940s. Featured artists include Joseph Delaney, Henri Cartier-Bresson and Charles Griffin Farr. The exhibition takes place at Knoxville Museum of Art, which is dedicated to celebrating the art and artists of East Tennessee and sharing new art from the region and beyond. The exhibition aims to present a compelling and complex portrait of the area.

Boasting an epic day of culinary experience, Knoxville’s inaugural Caribbean Jerk Festival promises to bring the ‘Island Vibe’ to the city and shake away the pandemic blues. The event is brimming with family-friendly activities, including the Jerk chicken and Jamakin’ me crazy chilli cook-off contests, the ultimate bone collector contest (aka the dominoes tourney tournament) and a spades competition. And, of course, there’s plenty of Jerk to go around. Located in the World’s Fair Park, this festival is the exciting culmination of a concept that began back in 2014.

Set in 53-acres just east of downtown, the Zoo Knoxville is best-known for having bred the first two African Elephants born in the Western Hemisphere. It can also claim to have bred more endangered red pandas than any other zoo and is a leader in breeding endangered tortoises. Visitors can see African lions, chimpanzees and north American black bears too. With a jam-packed calendar of events, a zipline canopy park and a safari splash, it’s the perfect outdoor activity as the city starts to warm up in spring.

This family-friendly water lantern spectacle, which is inspired by Asian traditions, has taken place every spring since 2018. Hundreds flock to Chilhowee Park for the evening event, to see the magic of lanterns as they light up the water. There’s also live music, a ‘design your lantern’ activity kit and street food vendors. Ticket prices include a wristband for entry into the festival with food trucks, the floating lantern kit, an LED candle, a commemorative drawstring bag and a lantern retrieval kit.

In 1957, the Italian government commissioned surrealist sensation, Salvador Dali, to create a complete set of illustrations for Dante Alighieri’s Divine Comedy to commemorate the 700th anniversary of the author’s birth. Visitors to Knoxville can see the masterpiece first-hand this spring at the Ewing Gallery of Art + Architecture. Approximately 3,500 plates were etched for the Divine Comedy prints, most wildly complex in detail and colour. The Ewing Gallery was founded in 1981 and has since become renowned for its rolling programme of exhibitions and impressive permanent collection, managed by the University of Tennessee.

(Photo: The University of Tennessee)

Ljams Nature Centre is set in 1000-forested acres along the south waterfront, minutes from downtown Knoxville. Part of Knoxville Urban Wilderness, the wildlife sanctuary offers over 40 miles of multi-use trails, 10 parks, four civil war sites and incredible views. But the premier outdoor experience is best enjoyed in spring, when the trees are full and flora is it’s most colourful. Visitors can also enjoy 104-miles of natural walking and biking trails on the Ross Marble Quarry. Inside the centre are a wide range of exhibits and a museum store, as well as 12 bolted routes for beginner to expert rock climbers.

This newly launched park programme offers fun, formalized Hide and Seek. The experience covers four of Knoxville’s favourite parks with 20 hiding spots – Founders Park at Campbell Station, Mayor Bob Leonard Park, Anchor Park and McFee Park. To play, participants can download a map showing hiding spots in each park, where a numbered tag has been placed. Once visitors have collected all of the tags, they can drop them off at the centre in exchange for a gift certificate. The experience includes free ice cream too.