Situated five minutes across the water from San Francisco, Oakland is some way off the tourist trail compared with its illustrious neighbour. But as the latter’s diaspora have started to fill the city, Oakland has begun to see the effects of significant gentrification in recent years, making it an increasingly popular draw with visitors to Northern California. 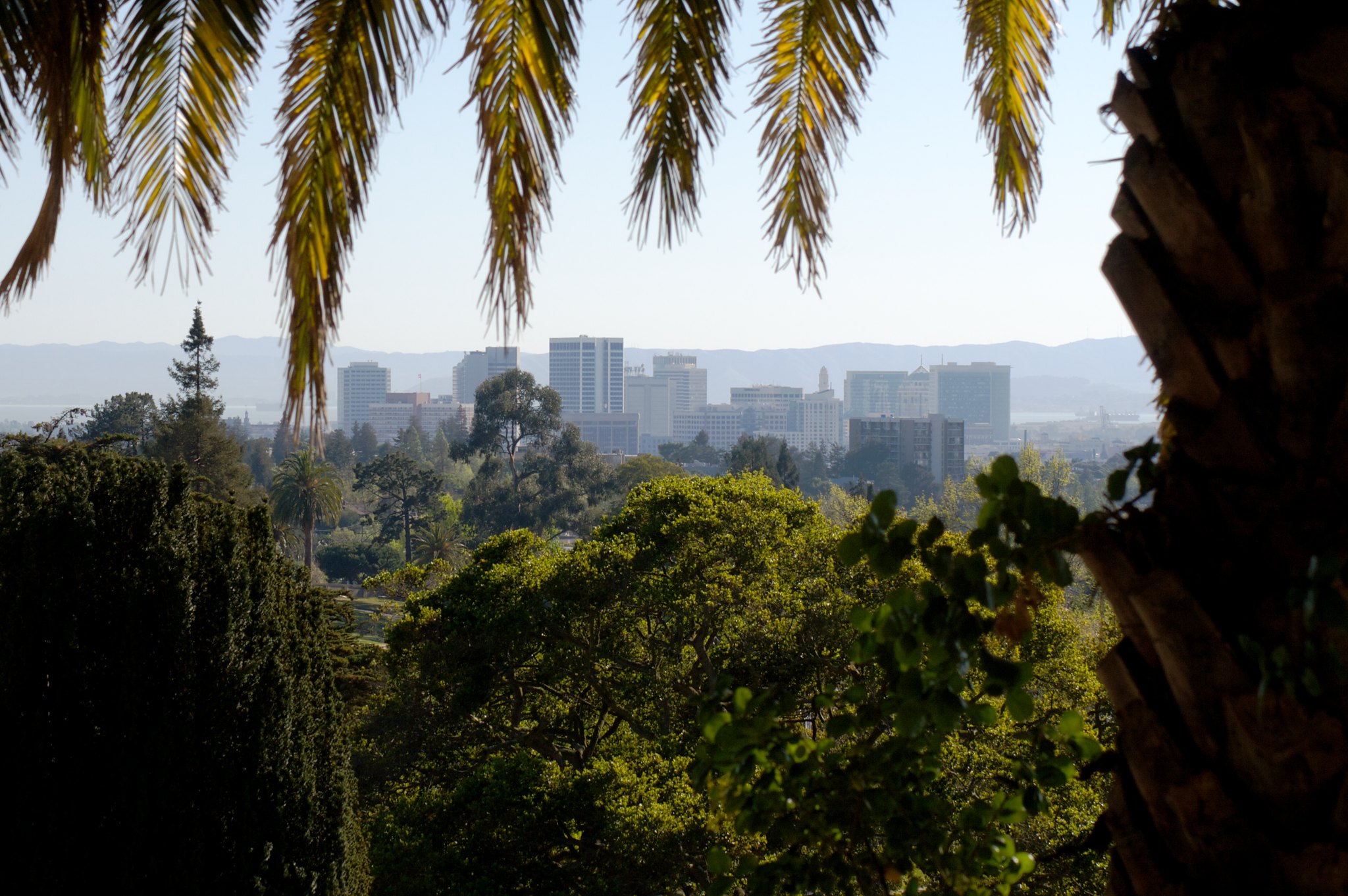 Downtown Oakland framed by a palm tree in the hills surrounding the city (Photo: Jesse Richmond via Flickr / CC BY 2.0)

Those who come to Oakland during springtime can expect mild temperatures and little rain, ensuring you won’t be confined to indoors. If you’re visiting during the spring months and are on a budget, we’ve picked out 12 of the best cheap and affordable things to see and do here.

Rent a canoe on Lake Merritt

Lake Merritt is the United States’ oldest designated wildlife refuge, dating back to 1870 — and the best way to explore it is by canoe. The Lake Merritt Boating Centre offers canoe rental by the hour for up to three people, as well as pedal boats, rowboats and kayaks. More than 70 species of bird live on the water or along its shores, including Canada geese, pelicans and black-crowned night herons. And, while there’s nothing too suspicious beneath the water’s surface, besides bat rays, gobies and molluscs, swimming in it has been prohibited since 1897, just in case.

Get back to nature at Reinhardt Redwood Regional Park

For a peaceful escape away from the bustle of the busy city, Dr Aurelia Reinhardt Redwood Regional Park is ideal. Located in the hills east of Oakland, the park offers 40 miles of winding trails around the historical belt of ancient redwood. It’s a popular spot for picnicking, hiking and horseback riding, as well as nature spotting; rare species inhabit the park, including the golden eagle and the Alameda striped racer snake. There’s also a children’s playground and a kid-friendly hike called the Steam Trail. Visitors can camp under the stars at the small campsite, though spaces are limited.

Baseball is big in Oakland. For a speedy initiation into local life, head to Oakland Coliseum to catch a game. The Oakland Athletics or Oakland ‘As’ are nine times World Series Champions and still top of their game. But even if you’re not interested in the sport or familiar with the lingo, it’s worth a trip for the atmosphere alone. Load up on nachos and some sweet potato pie, sit yourself down on the bleachers and soak in the mayhem – flags, choreographed dances, kazoos and all. Tickets can be purchased online or at the Box Office. 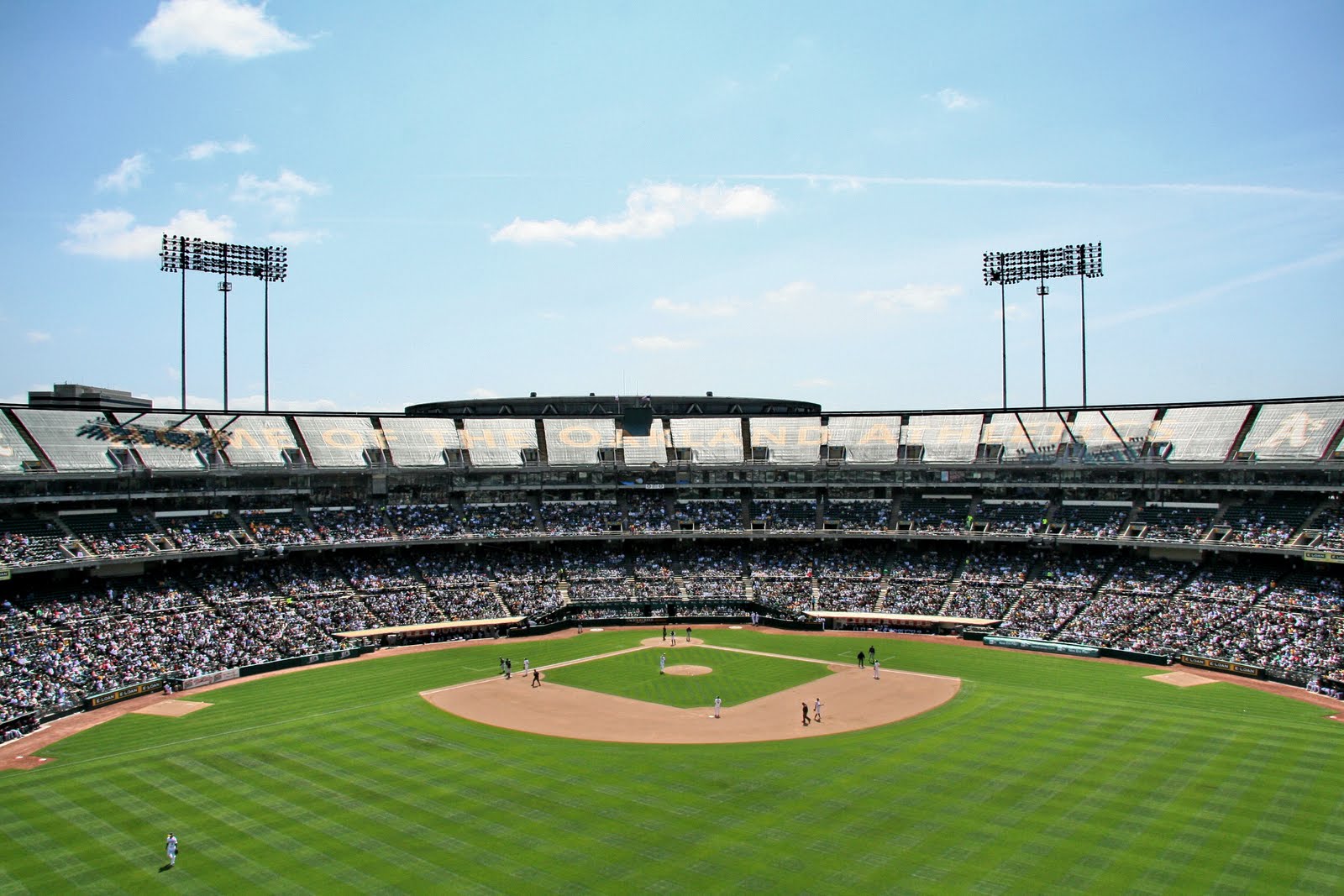 Get under the skin of Downtown Oakland on a free 90-minute tour run by the City of Oakland. There are eight tours to choose from, each focussing on a different aspect of the vibrant city. If politics is your passion, try the New Era/New Politics Walking Tour, which delves into the history of the Black Panther Party, founded in Oakland. For gourmands, there’s the Chinatown tour which winds through sidewalk markets and explores the history of immigration in this Pan-Asian downtown district. Or for a comprehensive overview, just tag along to the Old Oakland Tour.

Immerse yourself in Oakland’s arts scene at First Fridays

For the past 15 years, on the first Friday of each month Oakland’s KONO district springs to life for an immersive art and community experience. A five-block stretch along Telegraph Avenue closes to car traffic, replaced with art installations, pop-up galleries, food trucks and live performances. The event aims to provide a platform for local performers, brick-and-mortar business and arts and crafts vendors, showcasing the city’s creativity through family-friendly, inclusive celebration. It’s had a huge economic impact on the KONO community and has played a prominent role in driving Oakland’s resurgence as a top arts destination.

LOCATION Venues across Oakland DATES First Friday of each month 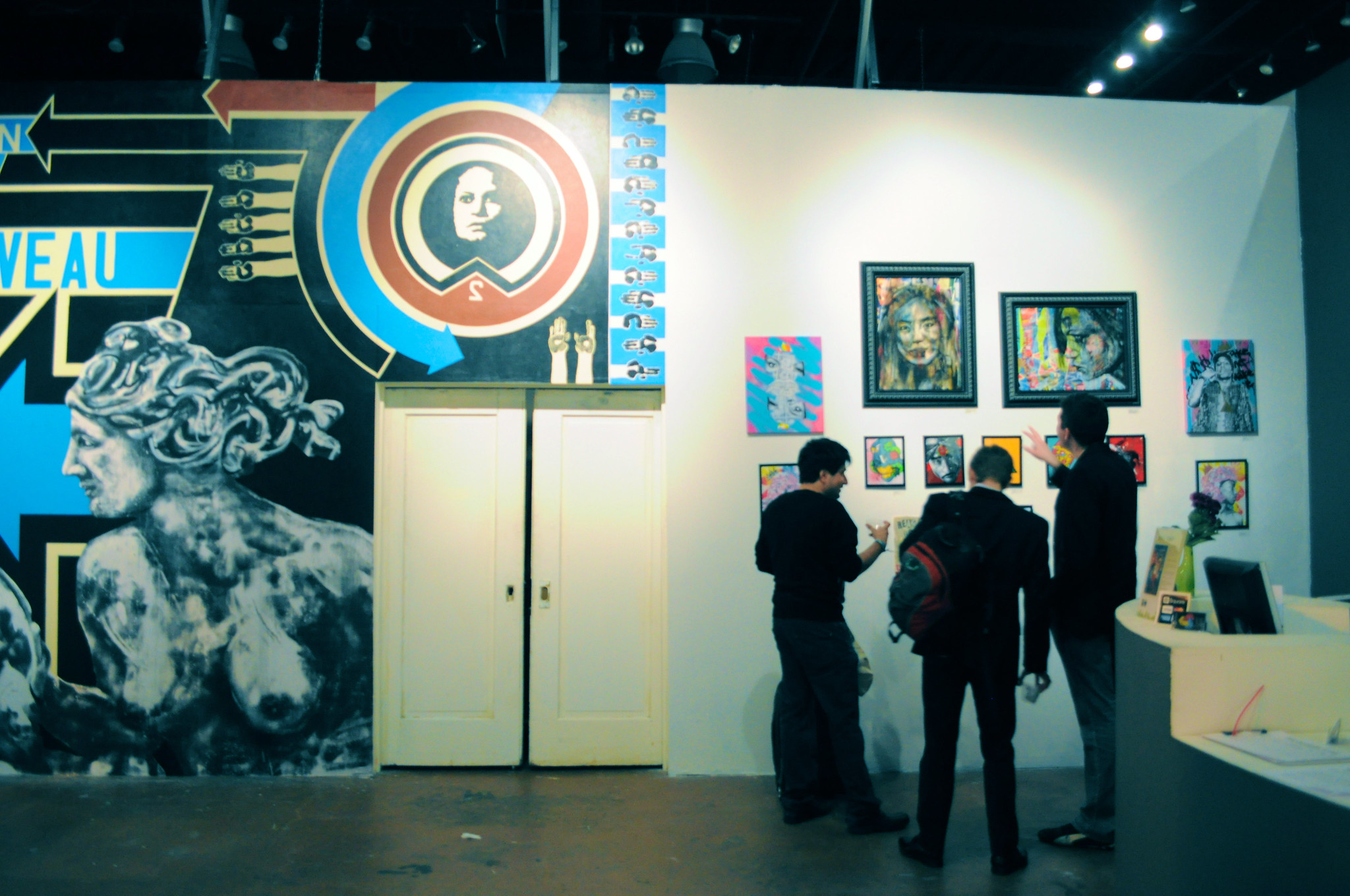 Issues surrounding feminism continue to burn strongly around the world and visitors to Oakland this spring have the chance to see an exhibition that explore how the feminist movement has impacted the East Bay region down the years. Called Hella Feminist, it has been organised around three core themes – mind, body, and spirit – and features fascinating historical artifacts, provocative contemporary artwork, and interactive elements, all showcasing everyday acts of resistance and historical flashpoints that have taken place in Oakland and its surroundings.

Originally founded in 1883, today the Chabot Space and Science Center is one of the most prestigious educational centres in the U.S. Featuring a 241-seat full-dome planetarium, a giant screen theatre and dozens of space artefacts, visitors and amateur astronomers are encouraged to get stuck into interactive programs, hands-on workshops and special events. It also offers a Space and Science Camp for real astronomy enthusiasts. But best of all are the telescopes called Nellie, Rachel and Leah; they’re the only research-level telescopes available to the public in the Western United States. The centre is located on 13 trail-laced acres in the Redwood Regional Park. 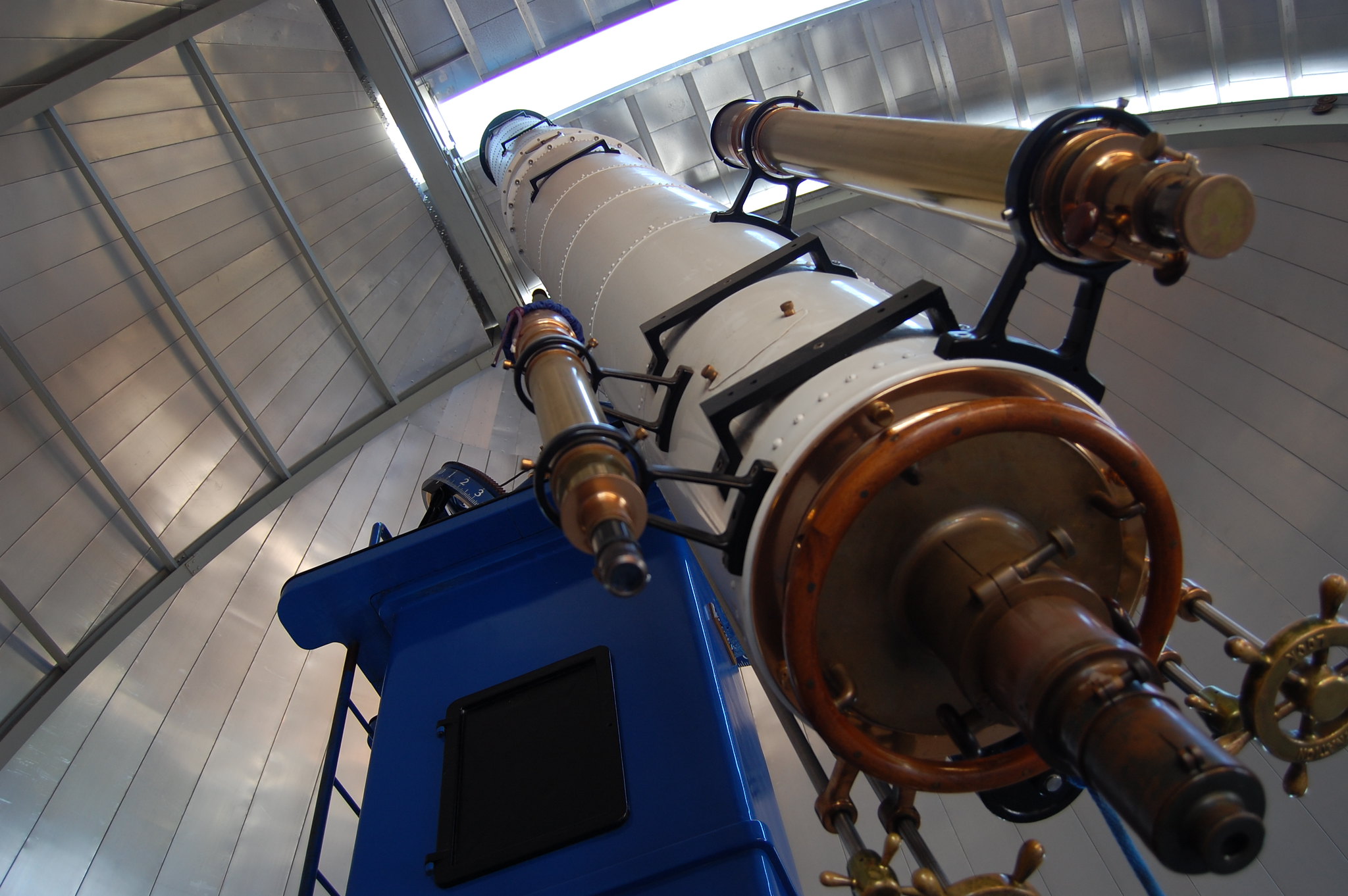 See an exhibition on the foremothers of modern tattooing

Another exhibition coming to Oakland over the spring period is Tattooed and Tenacious: Inked Women in California’s History. Taking place at Camron-Stanford House, an opulent 19th century mansion, the travelling exhibition features photos and personal histories that recount the fascinating and largely unknown stories of the women who were at the vanguard of body art in the period before the Second World War. Visitors can also enjoy tours of the house’s period rooms as well as a leisurely stroll around its pristinely landscaped gardens.

History buffs can cruise along the San Francisco Bay in true presidential style. Affectionately dubbed ‘The Floating Whitehouse’, the USS Potomac was Franklin D. Roosevelt’s presidential yacht from 1936 until his death in 1945. After a string of owners, including Elvis Presley, the 165-foot vessel was rescued by the Port of Oakland and is now a national museum. Visitors can now hop on the historic vessel for a 45-minute dockside tour or a two-to-three-hour educational cruise, highlighting the bridges and lands of the Bay. It also dives deep into the history of San Francisco and FDR’s role in its development.

Set on ten-acres on the shores of Lake Merritt, Children’s Fairyland is one of the oldest themed amusement parks in the US. Infact, Walt Disney is said to have taken early inspiration from the park when he was designing Disneyland. It’s hardly state-of-the-art, with its slightly-faded Alice in Wonderland labyrinth and old-school puppet theatre, but that just adds to its whimsical charm. Featuring 40 storybook settings, with scenes from well-known stories like Jack and Jill, Pinocchio and Willie the Whale, the playground is aimed at younger children — but popular with the whole family.