Perched on Tampa Bay along Florida’s Gulf Coast, the city of Tampa is both a major business centre and a hugely popular tourist destination for visitors keen to enjoy the area’s array of cultural offerings and fun-packed adventure parks, as well as those wanting to use it as a base for reaching some of the world’s most beautiful stretches of sand. 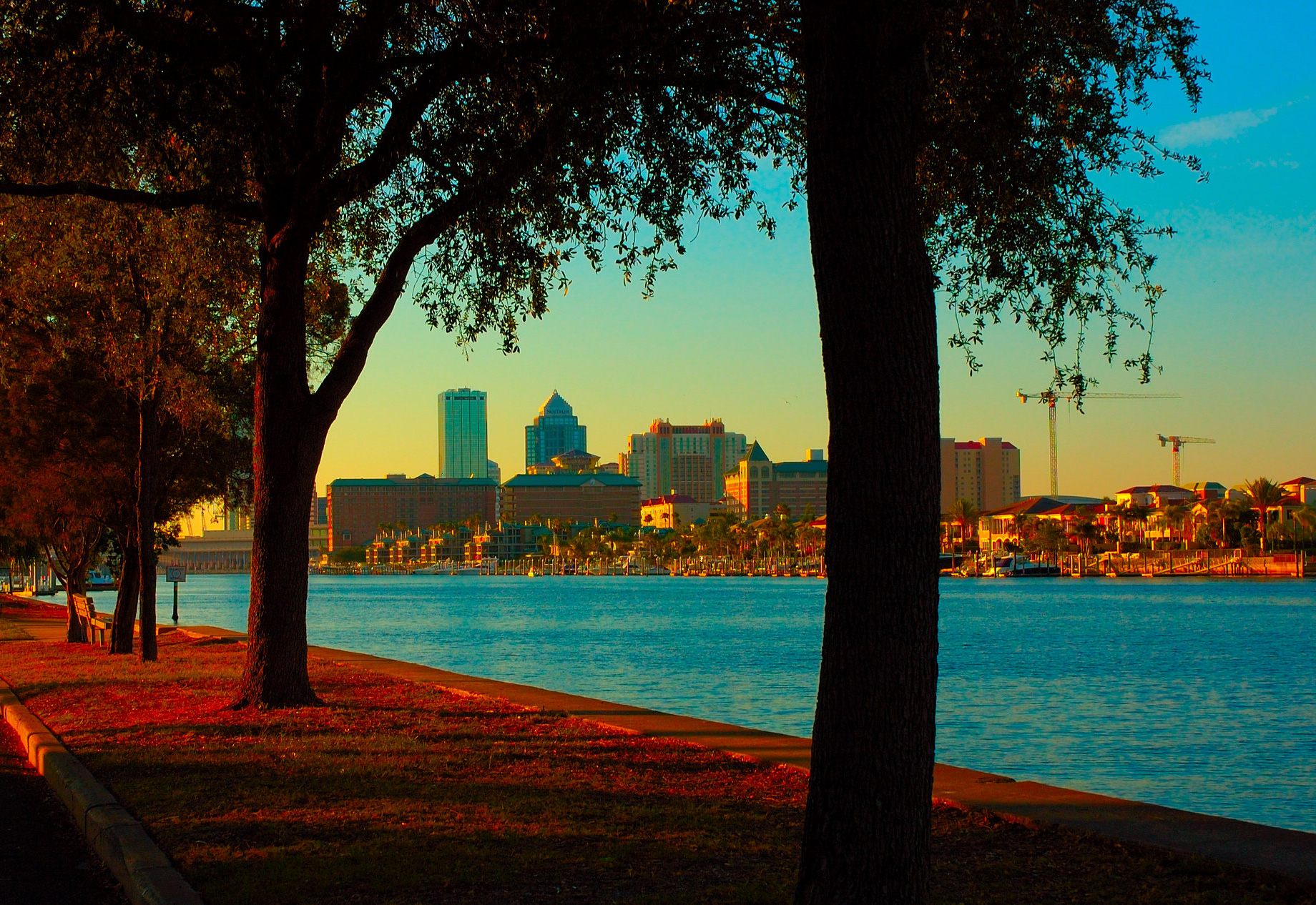 There are a huge number of things to see and do in Tampa, but not all of them are necessarily easy on the pocket. If you’re travelling to the city and would like to put an itinerary together than includes some activities and attractions that are conducive to a tight budget, we’ve put a list together of some of the free or affordable options available.

Henry B Plant Museum and Park

Situated on the campus of the University of Tampa, this unique public museum preserves the historic splendour of the Tampa Bay Hotel, an opulent Victorian railroad resort that was in operation from its construction in the late 19th century through to the 1930s. Free to enter on the first Friday of every month as part of Tampa’s ‘First Friday’ initiative, the museum’s exhibits focus on Gilded Age tourism, the elite lifestyle of the hotel’s guests, and the building’s use during the Spanish–American War. 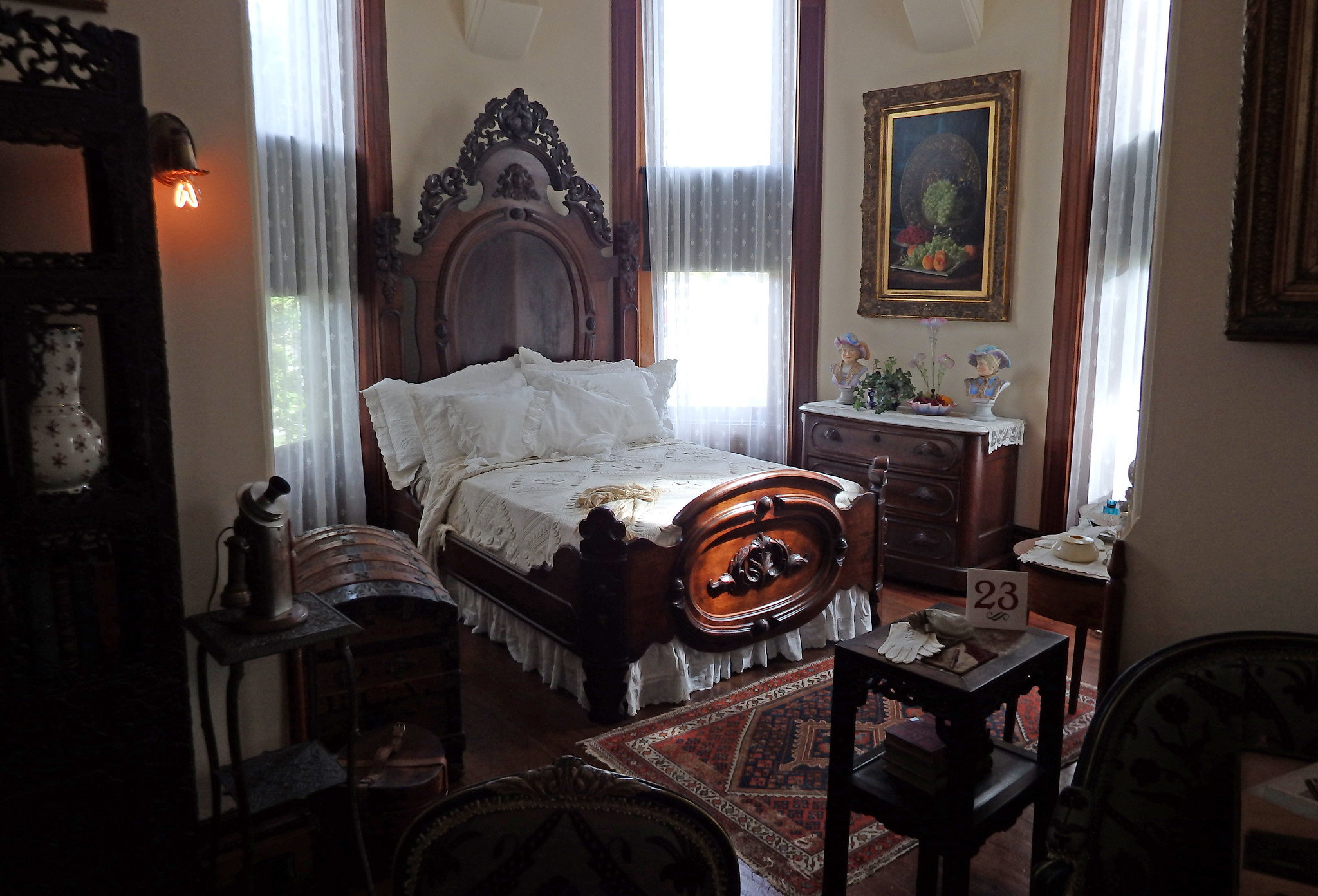 Designed to keep alive the history and culture of the Tampa Fire Department, this museum has been designated a local historical landmark thanks to its remarkable assortment of exhibits and artefacts. Among the most popular display items are restored historic fire trucks and fire equipment and a variety of uniforms worn by city firefighters down the years. The museum is free and open to the public daily.

Around 30 miles west of Tampa, the city of Tarpon Springs is widely regarded as the sea sponge capital of the world. Laying testament to that distinguished honour is Spongeorama Sponge Factory, which houses what is said to be the world’s largest collection of natural sea sponges, along with a small museum and movie theatre, all serving to educate visitors on these squishy marine animals and their unique characteristics. 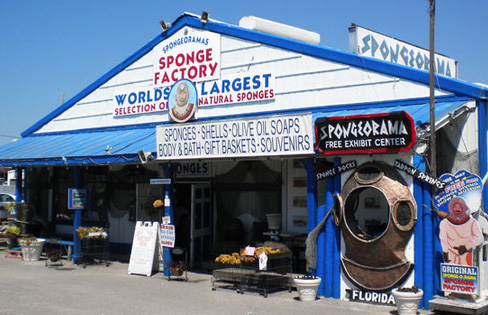 A n easy drive west of Tampa, the delightful coastal city of Dunedin has a vibrant food and drinks scene that centres around freshly caught seafood and locally produced craft beer. Dedicated foodies can embark on a food-themed weekend walking tour around bustling Main Street, where a wide range of eateries and breweries can be found, a number of which guests will visit during the 3-hour food odyssey. Run by TampaBay Food Tours, each tour is kept to a maximum of 12 guests and are highly interactive and sociable, run by friendly and experienced guides well versed in all of Dunedin’s foodie delights and the heritage that accompanies them. America’s oldest still-in-operation brewery, Yuengling Brewing Co. is a veritable institution within the country’s independent craft brewing scene. With factories in three locations, its Tampa site hosts regular guide tours that offer beer enthusiasts to learn about the brewing process, the history of the company all the way back to its origins in 1829, and of course the chance to try plenty of samples of the local produce, too. There’s also an official gift shop where you can pick up souvenirs.

Whether for a romantic flight for two, or an entire family or group of friends looking for a memorable experience, a hot air balloon ride definitely fits the bill. American Balloon Rides specialise in magical adventures that take guests over the stunning Floridian landscapes of Wesley Chapel, New Tampa & Lutz. Flights run in the morning to make the most of calm winds and last for around an hour. After your descent and landing, guests are treated to a traditional champagne toast and a light brunch. One of America’s largest annual events of its kind, this festival is named in honour of an infamous 18th and 19th-century pirate who plied his (illegal) trade throughout coastal Florida. Held over a full weekend, the event features an action-packed programme of pirate-themed activities and entertainment, including the flagship parade in the shape of a re-enactment of a pirate invasion featuring more than 750 participants and hundreds and thousands of spectators. Later, celebrations continue at a street festival where you’ll find live music and food trucks. 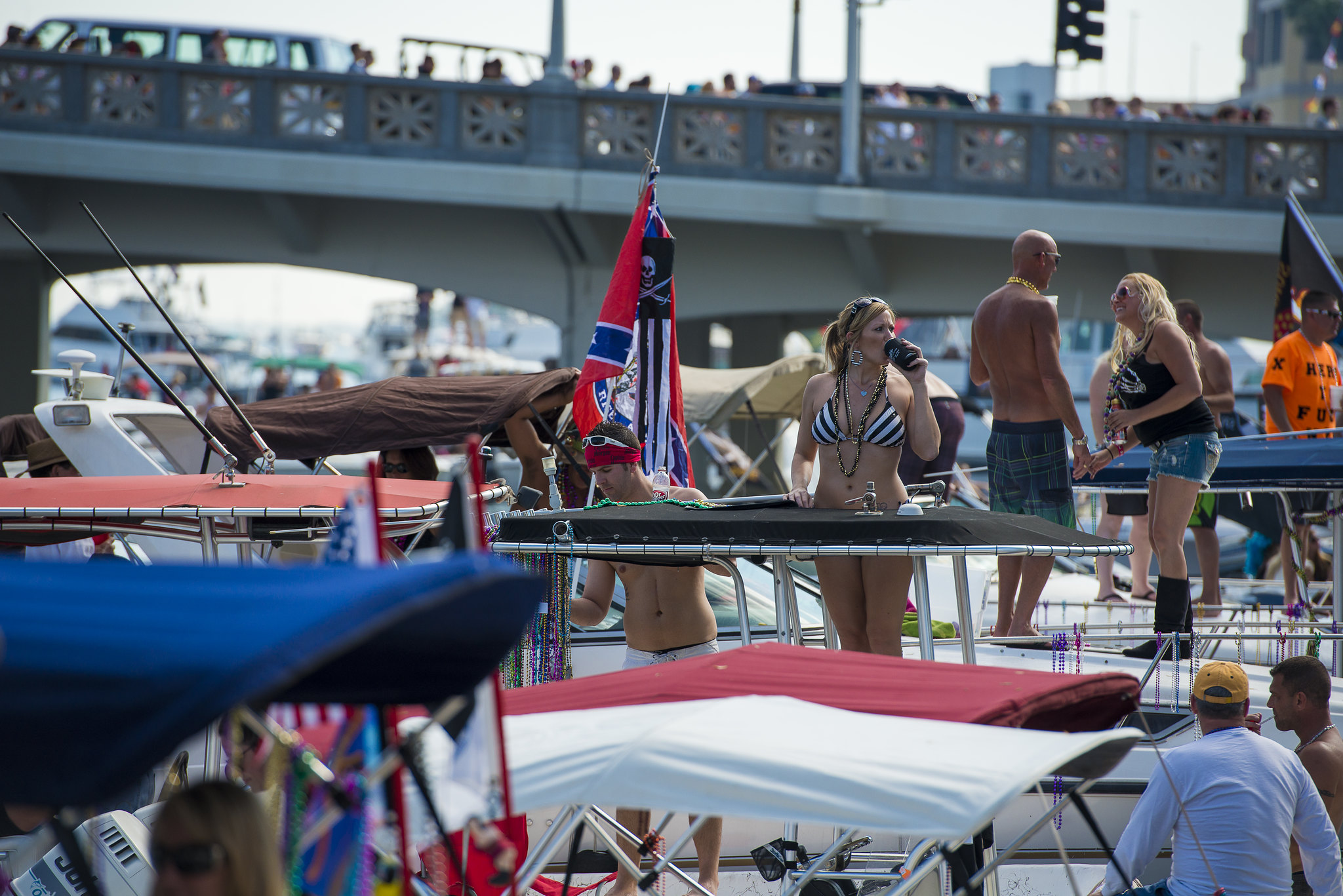 Situated in the city’s downtown district, this popular museum is part of Tampa’s cultural corridor along the picturesque River Walk. Featuring more than 150 interactive activities focused on weather, art, communication and more, it is an interactive learning laboratory where children play, discover, and connect with the world around them to develop as lifelong learners and leaders. Whether kids put on a lab coat in the Vet Clinic or leap to stardom in the Twinkle Stars Theater, imaginative play is essential to the experience. If you’ve ever worked your way around Florida’s spirits scene, then you’ve very likely tried some of the produce concocted at the Florida Cane Distillery. The acclaimed micro-distillery produces 100% Florida-distilled gins, vodkas, moonshines, and whiskies, all crafted with locally-sourced ingredients. Visitors can explore the distillery by joining a free guided tour that includes complimentary tastings and the chance to make takeaway purchases too. Tours run several times a day and cab be booked online.

There are few better ways to immerse yourself in a city’s food scenes than by attending a market. The Tampa Bay Farmers Market provides a platform for local and regional vendors to showcase their foodie wares, including fruit and veg, specialty and pantry goods, flowers, meats, and dairy products, in front of an enthusiastic audience of independent consumers and commercial restaurants. The market runs seven days a week. 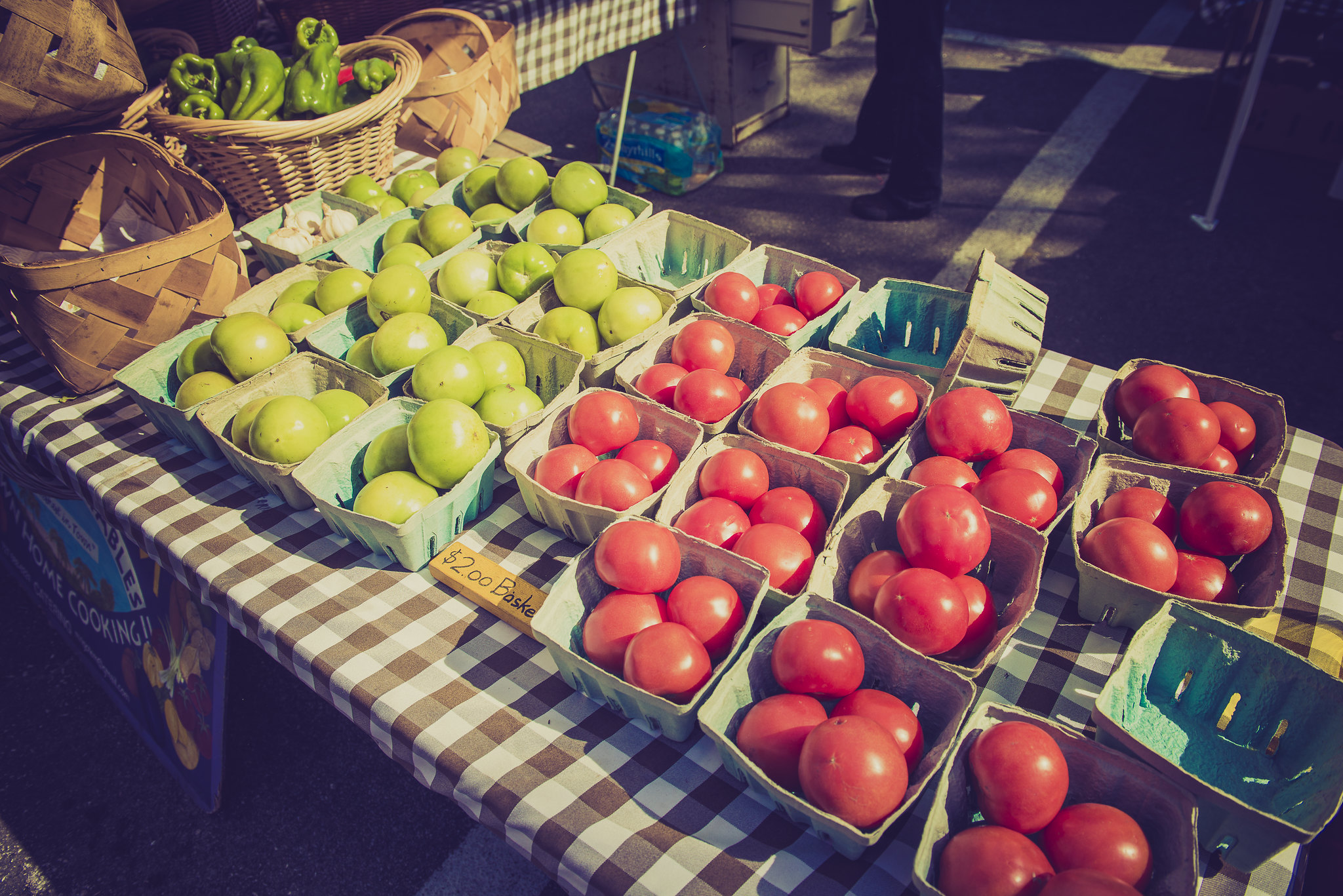 America’s oldest family-owned premium cigar company, the J. C. Newman Cigar Company has been providing devotees of rolled fermented tobacco leaves with their smoky fix since the end of the 19th century. Their El Reloj factory runs free guided tours and there’s also an on-site public museum that takes visitors on a potter journey through more than 100 years of cigar-making history.