Located in the southeastern state of Georgia, Atlanta is a major cultural and economic hub, packed full of top class restaurants, bohemian neighbourhoods, trendy bars and world-class museums. It is also a city that played a hugely important role in some of the most pivotal moments in America’s history, including the Civil War and the Civil Rights Movement of the 1960s.

A view over the freeway towards downtown Atlanta (Photo: TimothyJ via Flickr / CC BY 2.0)

There are enough landmarks and attractions in Atlanta to satisfy even the most demanding of visitors, and for those on a budget a major upside is that many of them can be enjoyed free of charge or at perfectly affordable cost, regardless of your price limitations. If you’re coming to Atlanta and would like to include some things to see and do in your itinerary that won’t hit you hard in the pocket, we’ve picked out 10 of the best below.

With adult admission at just $8 and $6 for kids, this fascinating museum offers a cut-price way to learn all about the 39th president of the United States. Housing an assortment of interactive displays and exhibits, the museum invites visitors to step into the Oval Office on a virtual tour of the iconic room as well as discover more about some of the causes Jimmy Carter has been involved in since his days as leader of the free world. Visitors can also enjoy the beautiful gardens that surround the museum. 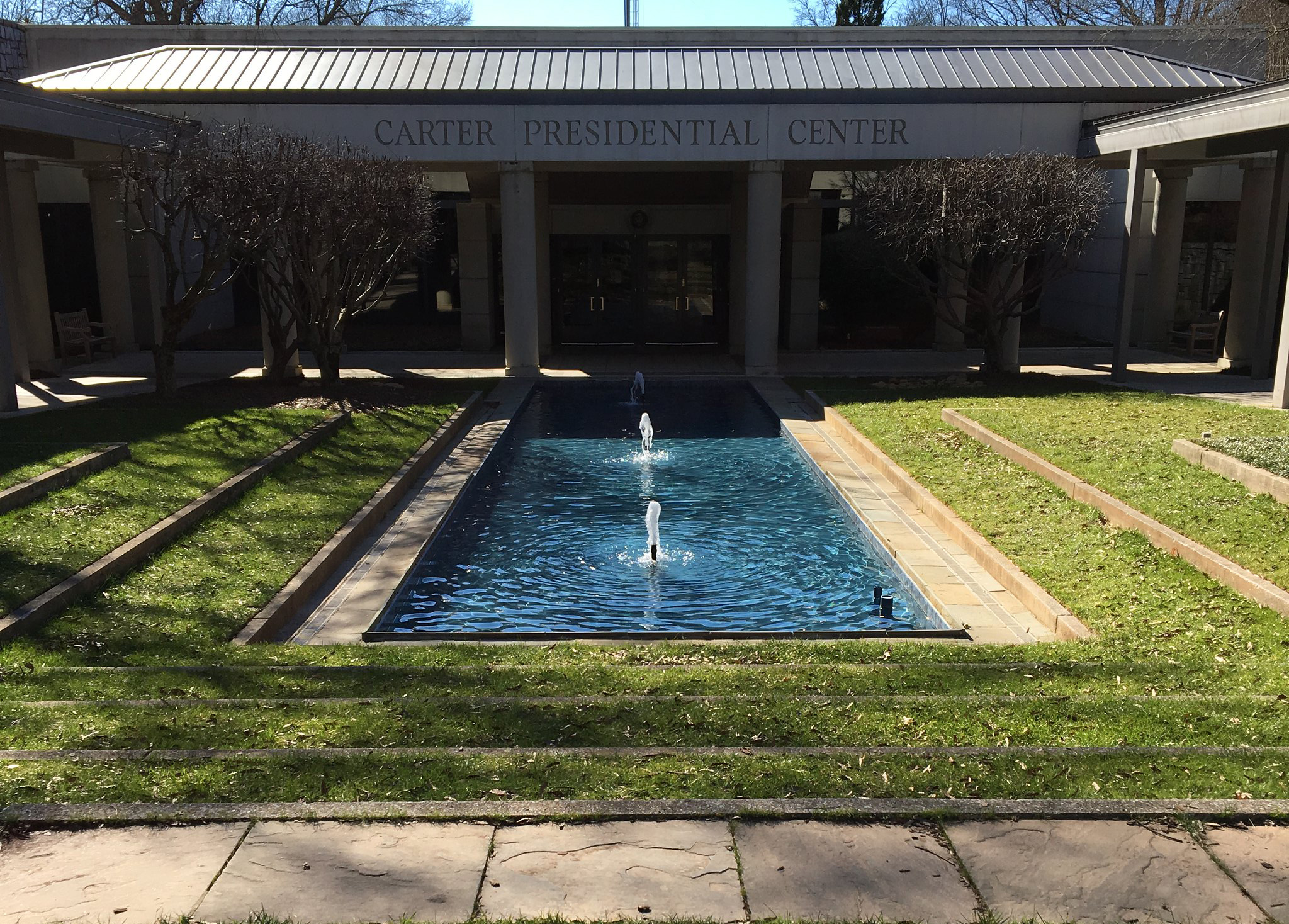 At a busy Atlanta intersection sits a unique psychedelic tribute to one of Georgia’s most acclaimed artistic visionaries. Here, psychedelic totems blend incongruously with the city topography in honour of Eddie Owens Martin, who gained fame after creating an arts mecca called Pasaquan in Marion County, Georgia in the mid-1950s.. After he died in 1986, a collection of his fans decided to create a public park showcasing his vision and today the site serve as a unique attraction against the bustling backdrop of Atlanta’s skyline.

Atlanta is a foodie’s paradise and perhaps the best value-for-money way to get a taste of the city’s culinary delights is on a guided food tour. Flavors of Atlanta is an acclaimed local company that runs award-winning group and private tours that take guests on a gastronomic odyssey around Midtown Atlanta – with delectable craft cocktails thrown into the mix, too. During the tour, you’ll take a gentle stroll through Midtown while admiring the city’s sights and sounds before sampling several Southern classics including shrimp and grits, along with time-honoured neighbourhood favourites like a Krispy Kreme doughnut burger paired with crisp cider. Tours take around 3 hours and cover up to 1.5 miles. Group tours are priced at $99, inclusive of all food and drinks. 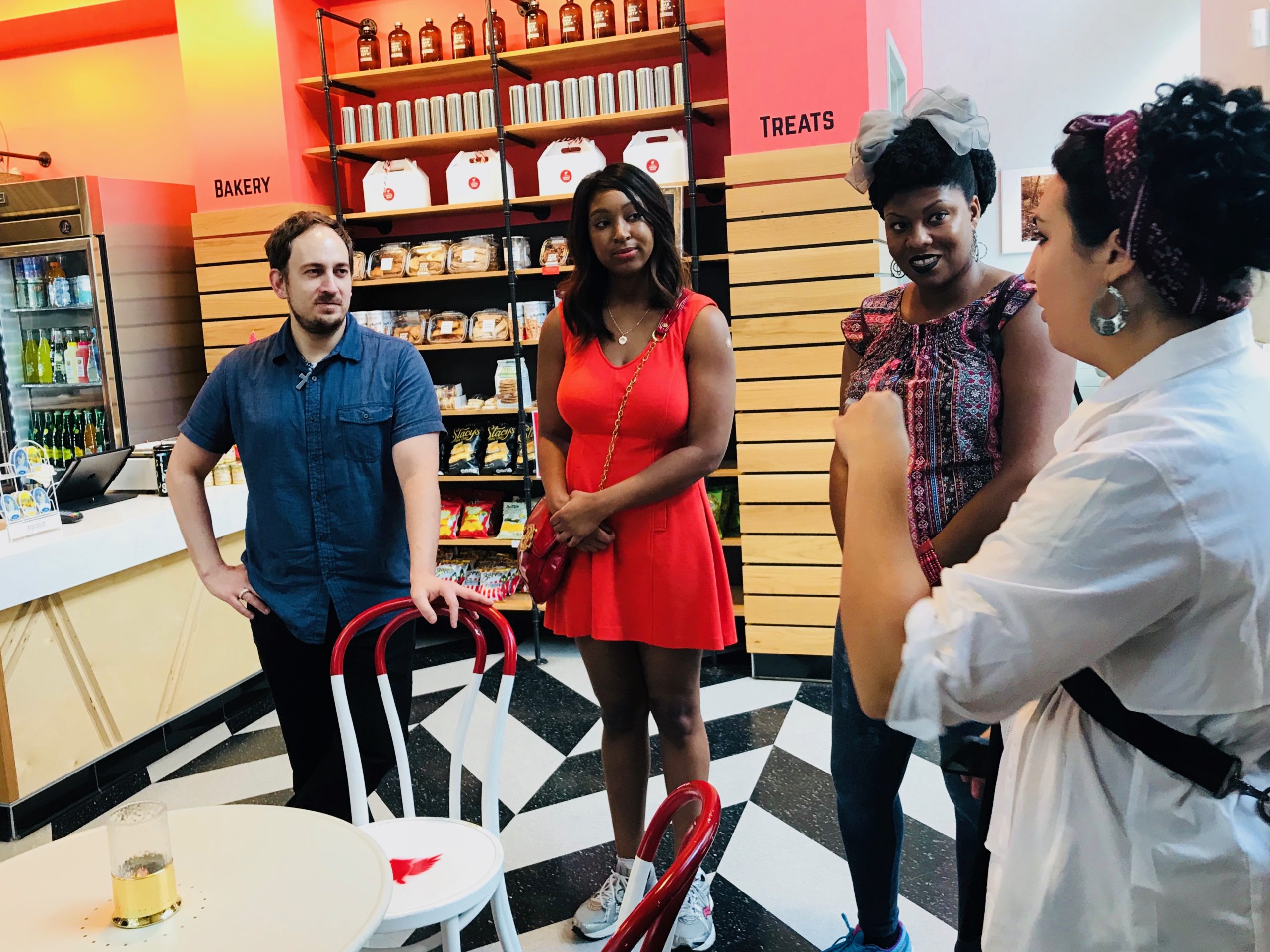 For arts enthusiasts in Atlanta, one must-see attraction is the Atlanta Contemporary Art Gallery. One of the region’s leading contemporary arts institutions, the gallery offers a platform for local, national and international artists to showcase their creative wares. The venue places a strong emphasis on promoting emerging artists, with regular exhibitions and project spaces hosting new and unseen works here. Moreover, there are also diverse educational programmes, plus subsidised studio spaces for working artists. Admission to the gallery is $8 for adults and kids up to age 12 go free.

Film buffs visiting Atlanta are already likely to know about the city’s rich movie-making history. Indeed, over 1,500 flicks and several well-known TV shows have been shot here over the past 50 years. Atlanta Movie Tours is a local company that invites film lovers to visit some of the resonant places and landmarks where small and silver screen favourites such as Baby Driver, Black Panther, Stranger Things, The Hunger Games, The Walking Dead and Jumanji were filmed. During the tour your guides – all experienced actors – will regale you with fascinating behind-the-scenes tales and quirky facts that germinated here. Tours are themed around certain genres, such as superheroes or horror, so you can pick the one that best suits your tastes. Among the most popular (and most affordable at $59.95 per person) is the Best of Atlanta tour, with highlights including the chance to watch a re-enactment of the famous grappling scene from The Hunger Games, walk up to a train yard that featured in The Walking Dead, and visit the set from The Fast and the Furious funeral and racing scenes. 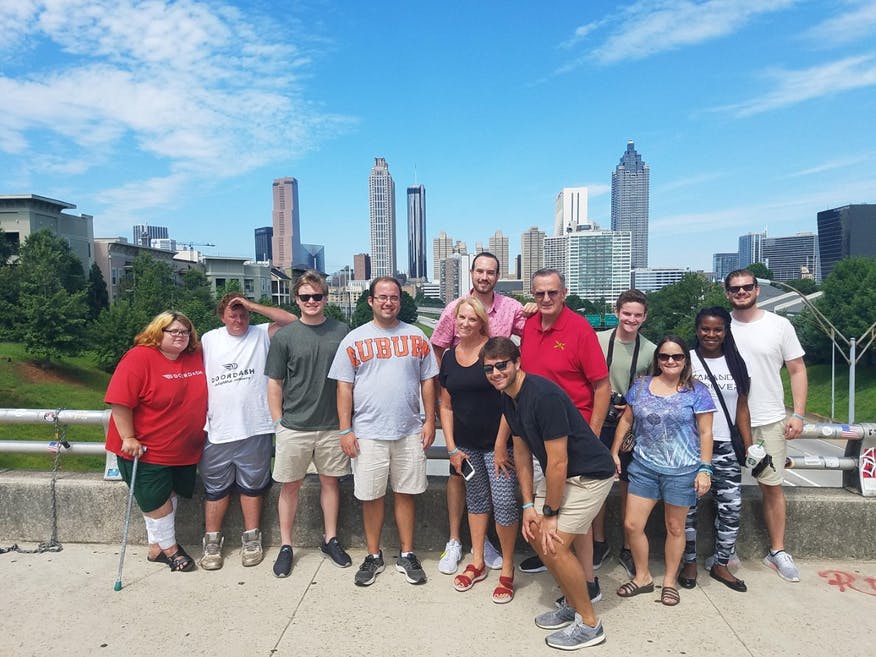 Urban graffiti is a common sight in most cities across the world, and opinion is usually divided between those who consider it an eyesore and those who enjoy it from a creative perspective. In Atlanta, Krog Street Tunnel is similarly polarising but few deny that the art that covers almost its every inch is truly visually arresting. The graffiti tradition in the tunnel dates back to the 1960s and continues to this day, with the art changing on a regular basis ensuring you’re always certain to see something new. 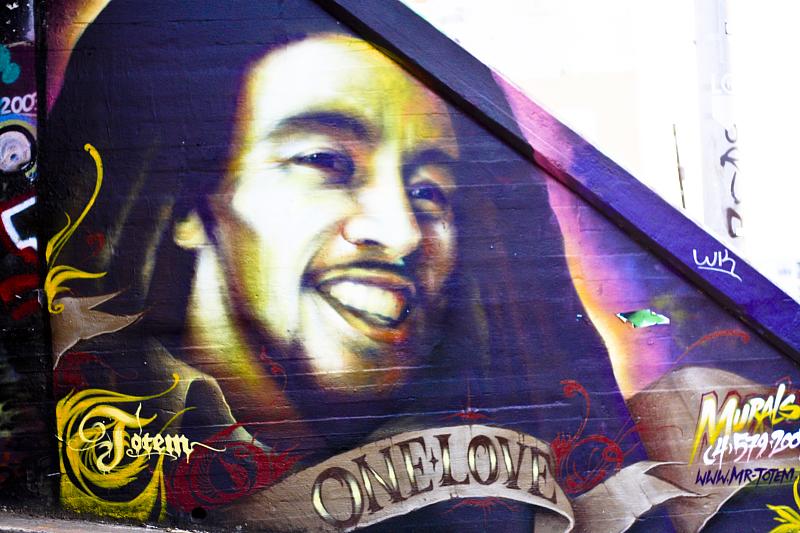 Over the past decade or more, Atlanta’s craft beer brewing scene has burgeoned and a number of brewers have become the torch bearers for this growing sector. One of the city’s most acclaimed breweries is Max Lager’s, a pioneer of the craft beer scene and said to be the oldest brewpub in Georgia. Nestled in downtown Atlanta, it has become renowned among beer connoisseurs for its award-winning, house-made craft beers, including favourites such as What The?! Helles, a German Helles style beer, and the Hopsplosion!!! IPA, all accompanied by hearty American foodie classics such as smoked wings and ribs. Or for a more expansive dive into Atlanta’s craft scene, Southern Beer Tours takes guests on curated private tours of some of the city’s best breweries, complete with tastings and teachings on the beer-making process, all designed to shine a light on the passion and dedication behind the cherished art of craft beer production. 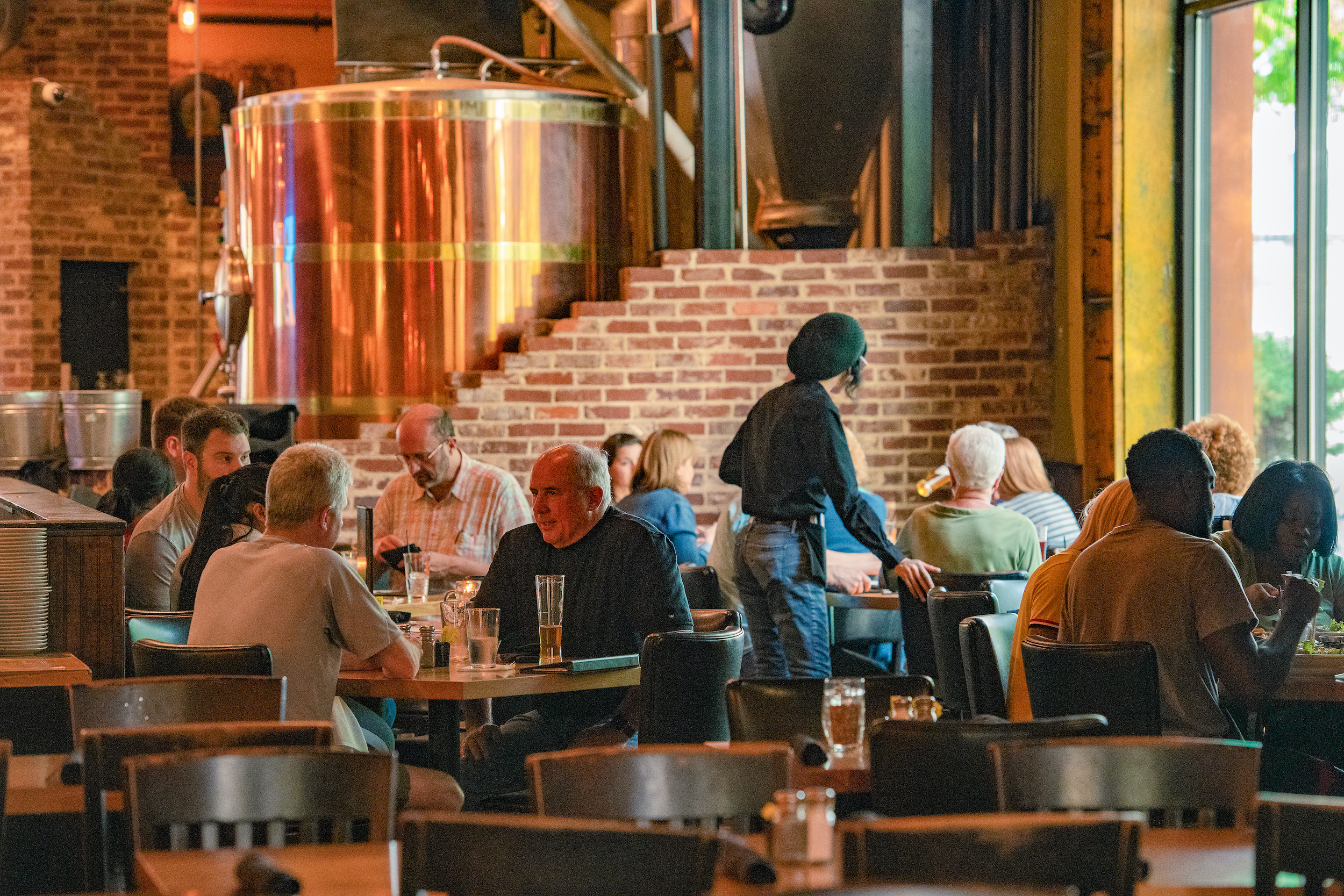 Nestled in the outskirts of Atlanta, this drive-in theatre has been offering al fresco movie screenings for more than six decades. Featuring four screens and a digital projection system that ensures the highest quality viewing experience for moviegoers, the theatre is a hugely popular attraction with locals who come here to watch the silver screen under the star-flecked sky for affordable prices. The venue also hosts weekend flea markets.

One of Atlanta’s finest cultural venues, Fernbank Science Center isn’t the cheapest attraction on our list, but for value for money it’s certainly up there with the very best. With enough to keep a family entertained for days, the museum is awash with cultural treasures, hands-on activities, interactive displays, planetarium shows, and even its own IMAX Theatre. There’s also a dedicated children’s wing featuring interactions with live animal habitats and explorations of ecosystems. General admission is $20 for adults and $18 for kids. 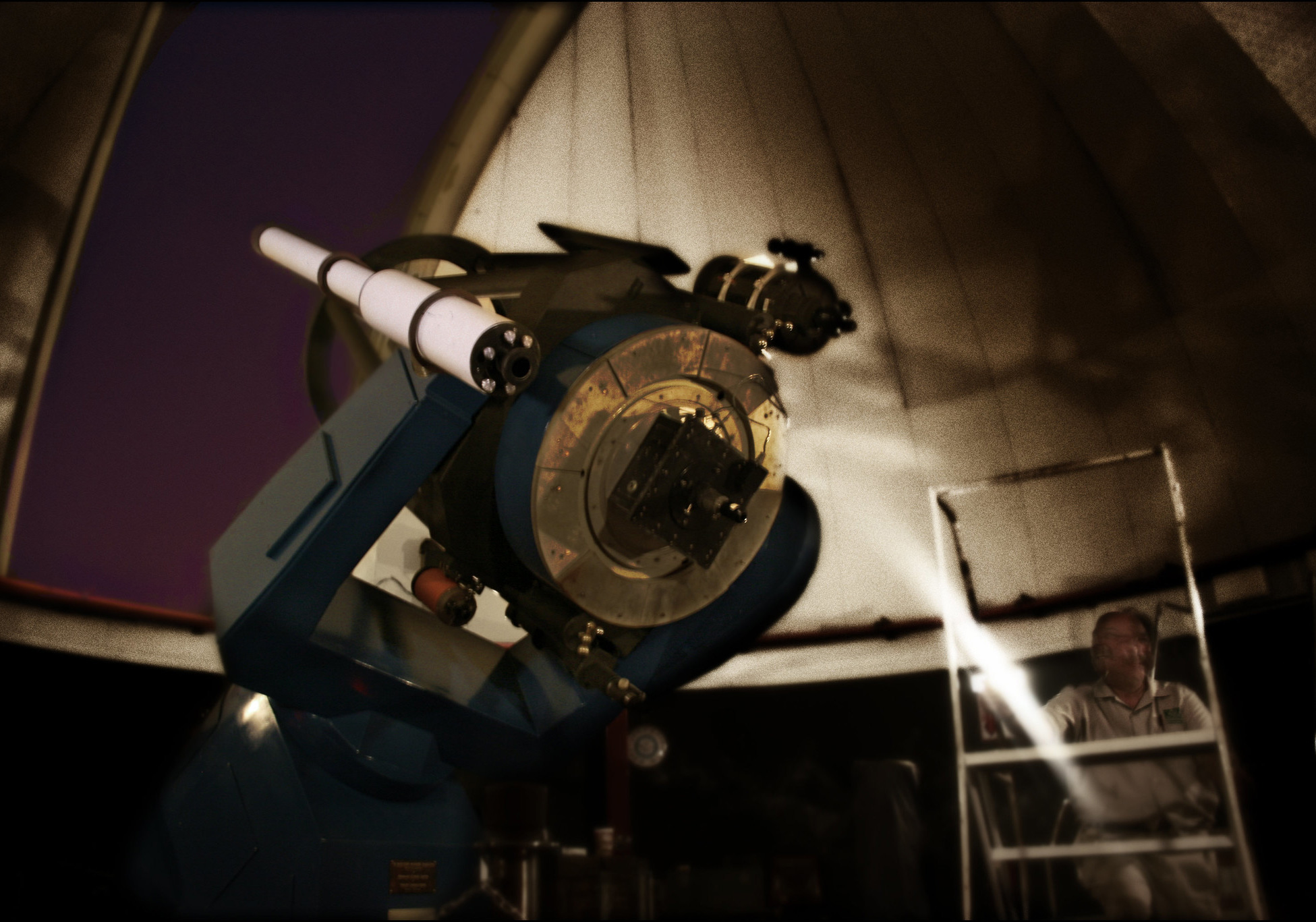 Situated in Atlanta’s historic West End, the Wren’s Nest is Atlanta’s oldest house museum, dating back over 100 years. The venue’s primary mission is to preserve the legacy of one of Atlanta’s most cherished alumni, the late journalist, fiction writer, and folklorist Joel Chandler Harris, who lived here with his family in the early 20th century. Today the museum has been restored to look just as it was during that time, with guided tours offering visitors the chance to learn all about the man himself and how he lived. Walk in tours are priced at $10 for adults and $8 for children.