Located amid the dramatic setting of the White River National Forest, with the peaks of the Elk Mountains as a backdrop, the city of Aspen is one of America’s most popular hot spots for skiing vacations. Yet the town has a lot more to attract visitors than its top quality pistes. Among the popular haunts here are a number of acclaimed eateries, fashionable boutique stores and notable cultural venues. 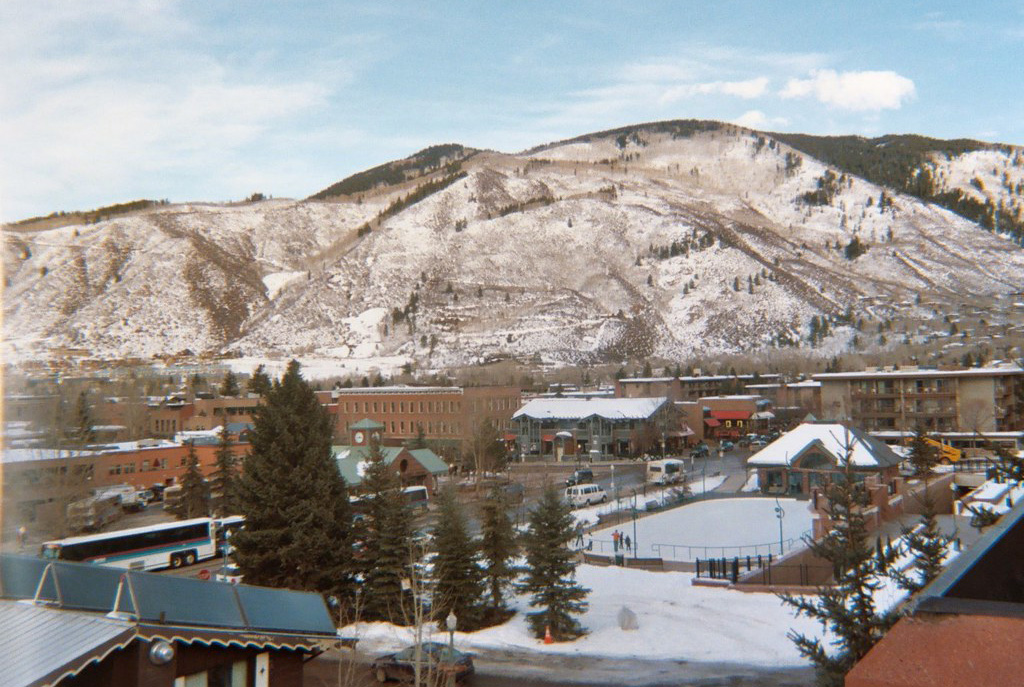 Of course, the jaw-dropping views are what adorn most Aspen postcards, with incredible vistas in every direction. Whatever brings you here – be it the scenery, the skiing, or both – there are a huge number of things to see and do that will keep you entertained. Among them are several options that are either free or won’t break the bank. Here’s our pick of 12 of them.

For culturally inclined visitors, Aspen Art Museum is verging on a ‘must’. Opened in 1979, the free-to-enter venue hosts a huge rage of art pieces including drawings, paintings, sculptures, multimedia installations and electronic media, as well as innovative exhibitions, education and public programmes, immersive activities and other community-oriented events, all of which serve to make it one of the region’s most popular culture and arts institutions. 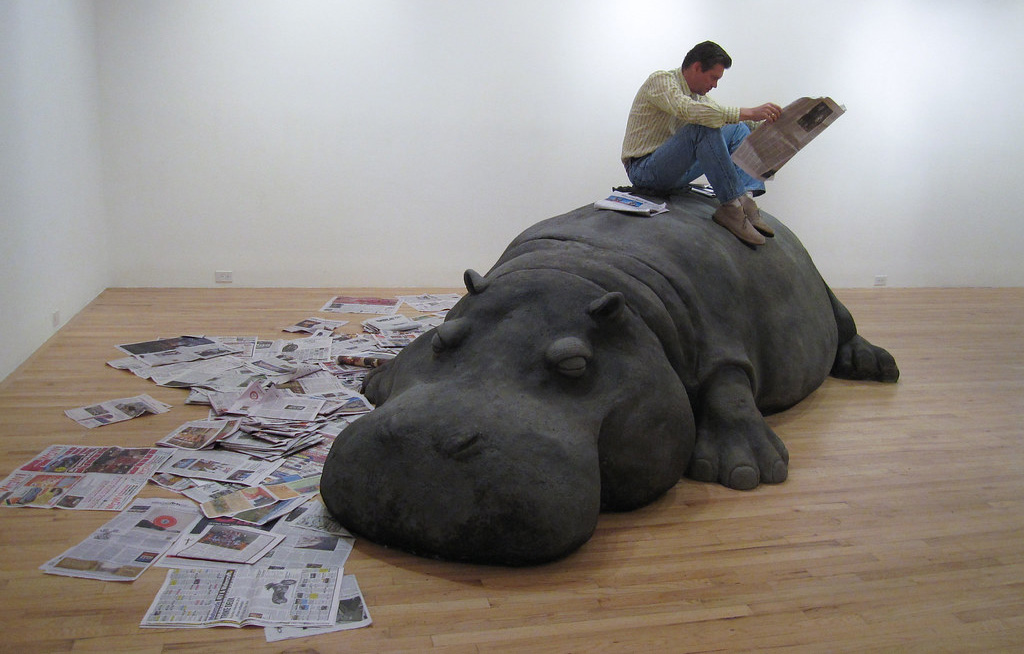 A mean reading a newspaper sitting atop an exhibit at the Aspen Art Museum (Photo: Ed Schipul via Flickr / CC BY-SA 2.0)

One of Aspen’s most famous alumni is John Denver, and perched along a small river in the Rio Grande Park is a memorial to the late singer-songwriter. Here, a self-contained Song Garden is dotted with granite rocks that have been etched with some of Denver’s most popular songs such as “Sunshine on My Shoulders” and “Rocky Mountain High”. Furthermore, other smaller rocks are scattered around the garden in the shape of musical notes from other Denver ditties. You can find the memorial by walking down a trail alongside Theater Aspen. Aspen has a thriving craft brewing scene and at the heart of this burgeoning local industry is Aspen Brewing Company. A mainstay in the town for a number of years now, the company recently opened Aspen Tap, an adjoining craft brewery and gastropub where patrons can sample more than a dozen award-winning home brews as well as wines, craft cocktails and tasty pub grub. The expert gastronomes behind the enterprise have crafted a number of harmonious food and beer pairings, including Croque Monsieur & Tomato Soup with Cloud 9 Belgian Saison and Truffle Mac & Cheese with Ajax Pilsner. There’s also a quaint patio area which is ideal for refreshing drinks on sunny days. A few miles outside of Aspen is a place with a fascinating past. At one time one of the region’s most vibrant towns owing to a vibrant mining sector, today Ashcroft is virtually deserted other than a frequent smattering of visitors. Following the golden years of the late 19th century, Ashcroft experienced a long period of varying fortune before being abandoned in the mid-to-late 20th century. Then, during the 1970s, the town’ fate took a fresh twist thanks to the Aspen Historical Society, which took it upon itself to preserve many of the buildings and other parts of the town that had gone to ruin, leading to Ashcroft being added to the National Register of Historic Places. Another distinguished former resident of Aspen was the late journalist Hunter S. Thompson, whose often action-packed life was punctuated by several stints living in the town. A short while after he passed away in 2006, a small group of fans decided to construct a shrine to Thompson close to his former home in Woody Creek, a few miles north of central Aspen. Spread across a beach and numerous trees, the area was embellished with an assortment of photographs, articles and other Thompson paraphernalia, as well as esoteric items indelibly linked with the writer such as bullet shells, mannequin arms and beer bottles dangling from tree branches.

One of America’s most prestigious classical music festivals, the Aspen Music Festival features more than 300 performances during its annual eight-week summer season. Taking place at a scenic mountain retreat a 20-minute drive south of central Aspen, the event attracts top classical musicians from across the globe for a feast of top class performances and educational programmes.

There are few better ways to get under the skin of a place than to walk around it, hearing local conversations, smelling the aromas emanating from kitchens, and generally getting a sense of what makes it tick. Aspen Walking Tours run a range of themed, affordable tours that invite you to traverse the town on foot, chaperoned the whole time by a professional local guide & historian. Guests can choose from ghost and cemetery tours, historic tours, and general tours that take you around the town’s main contemporary highlights including shops and restaurants.

Among the most exhilarating activities you can enjoy in and around Aspen is boarding a snowmobile and navigating the beautiful landscape of the White River National forest. The family-run T-Lazy-7 Snowmobiles is the town’s premier snowmobile tour operator and offers fully guided tours that take thrill-seekers through the forest up to the Maroon Bells – one of America’s most photographed peaks – before arriving at the scenic Maroon Lake where guests can take snaps as their guides regale them with tales about the region and its rich history. If you’re keen to explore Aspen in the open air, but would rather avoid doing so on foot, how about taking part in a Segway tour? Segway Aspen offer two tours – one for beginners and one for more experienced Segway users – every morning of the week until late afternoon. The tours take between 1 and 1.5 hours, with the beginner’s tour inviting guests to explore the more off-the-beaten-track side of the town, and the more advanced tour taking them to the steep hills of Red Mountain, where photos of the superb views of the town can provide the perfect memento to the experience. All tours start with a briefing on how to use the Segway safely. A guest aboard a segway in Aspen (Photo: Segway Aspen)

Red Brick Center for the Arts

Another of Aspen’s free-to-enter cultural venues is this highly regarded arts centre, which plays host to a diverse variety of exhibits throughout the year. The centre also places a strong focus on promoting emerging artists and artistic endeavours in general through resident artist studios, community rooms, youth and adult art classes, lectures and other events.