With new restaurants popping up in Washington DC virtually every week, keeping tabs on the best places to eat in the US capital is no mean feat. With eateries offering every type of cuisine from across the globe, the sheer choice and diversity in DC’s restaurant scene now rivals many of its national counterparts such as New York, Chicago and New Orleans. 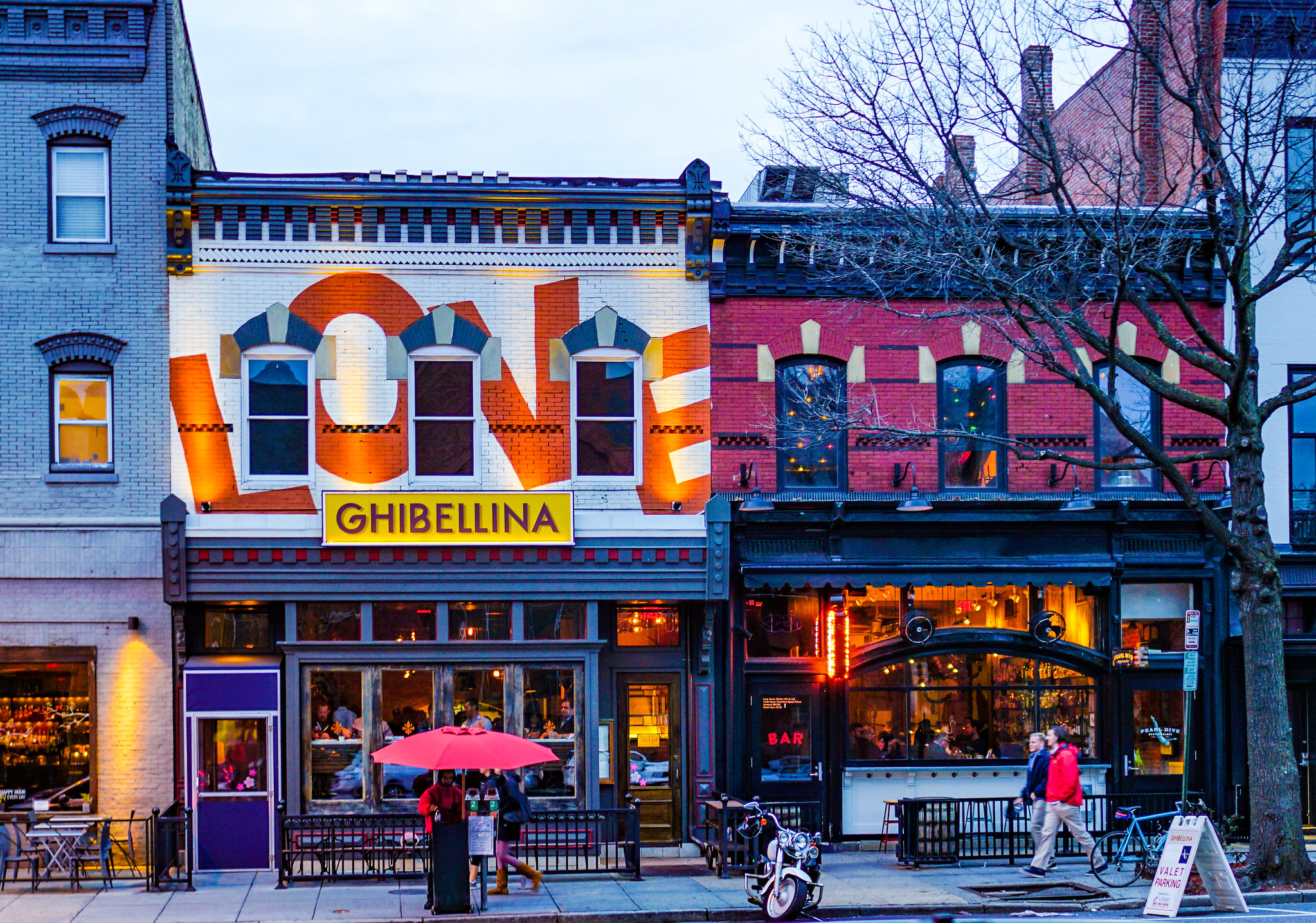 Whether you’re seeking the very best in fine dining or somewhere cheap and cheerful, there’s somewhere to eat in Washington to suit every conceivable taste and budget. For those looking for more low-key dining venues where you can enjoy delicious food without breaking the bank, we’ve done some research and picked out some of the best places to eat in Washington on a budget.

This perpetually busy award-winning fine fast casual Indian restaurant in Navy Yard from co-owners and lifelong friends Sahil Rahman and Rahul Vinod is known for serving healthy and crave-worthy bowls using high quality ingredients made fresh in-house daily, serving up perennial favourites from samosas and in-house chutneys to sweet potato tikka and lamb kebabs. The creation of second-generation restaurateurs Rahul Vinod and Sahil Rahman, the eatery is nestled close to the Nationals Park baseball stadium and is a popular stopping off point for hungry sports fans on the way to or from a game. Inside, a harmonious blend of casual and stylish is evidenced in the swinging chairs and wooden light fixtures that help create a homey look and feel, while the build-your-own-bowl options invites diners to curate their meals in a relaxed, informal way. 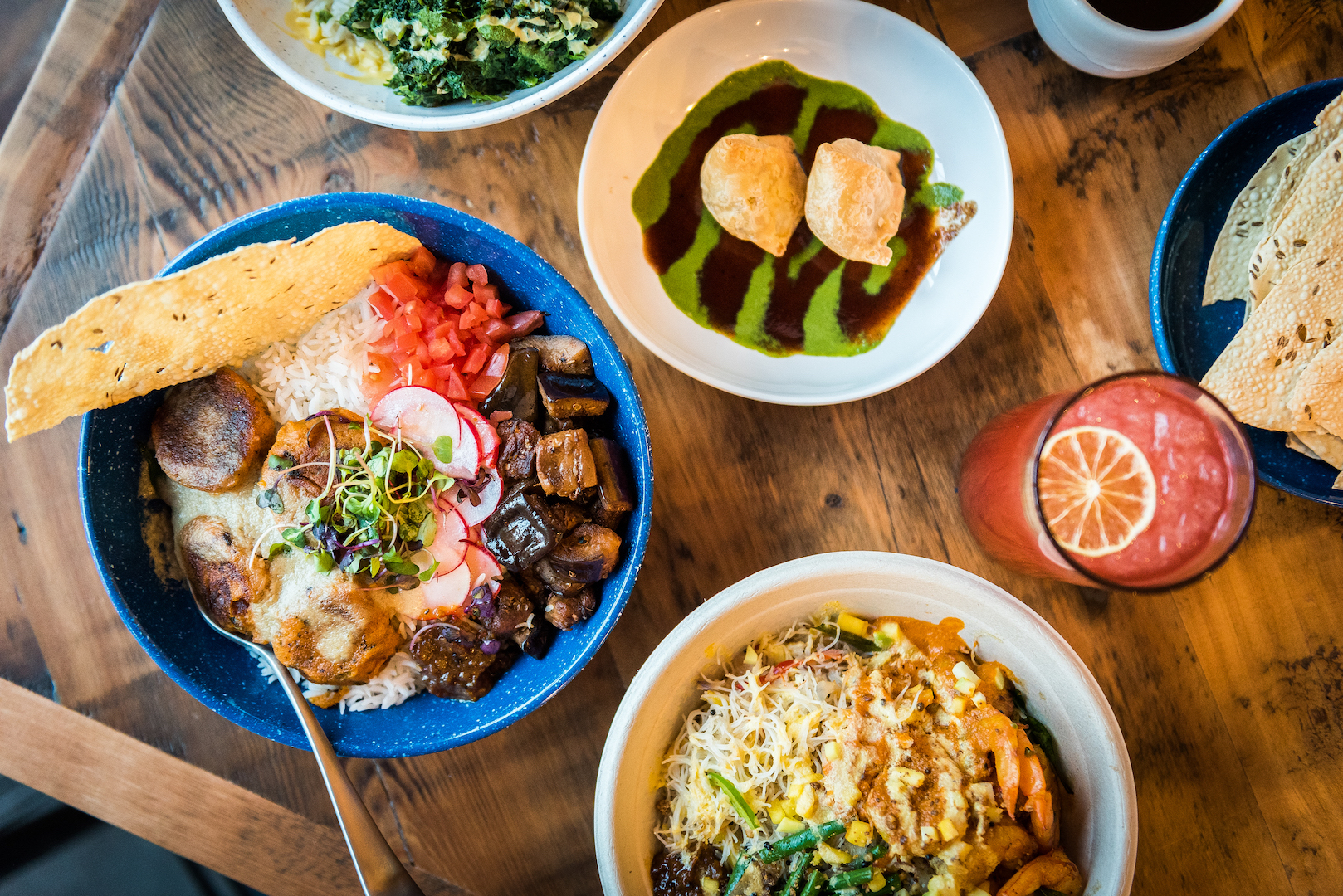 A small, unpretentious, and family- run gourmet sandwich shop, Bub and Pop’s have been a local favourite for a number of years. With their origins in Philadelphia, it’s little wonder that their sandwiches are a thing to behold, with the mammoth, hand-crafted hoagies and accompanying pickles well deserving of their reputation. All ingredients are made in-house, so whether you like your sarnie fillings hand roasted, carved, stuffed or patted, you can be sure they’ve come hot off the press. Highlights include the homemade cheesesteaks, tuna melt, fish hoagie and Pop’s beef brisket, while even the kettle-cooked potato chips and dips have received wide acclaim. 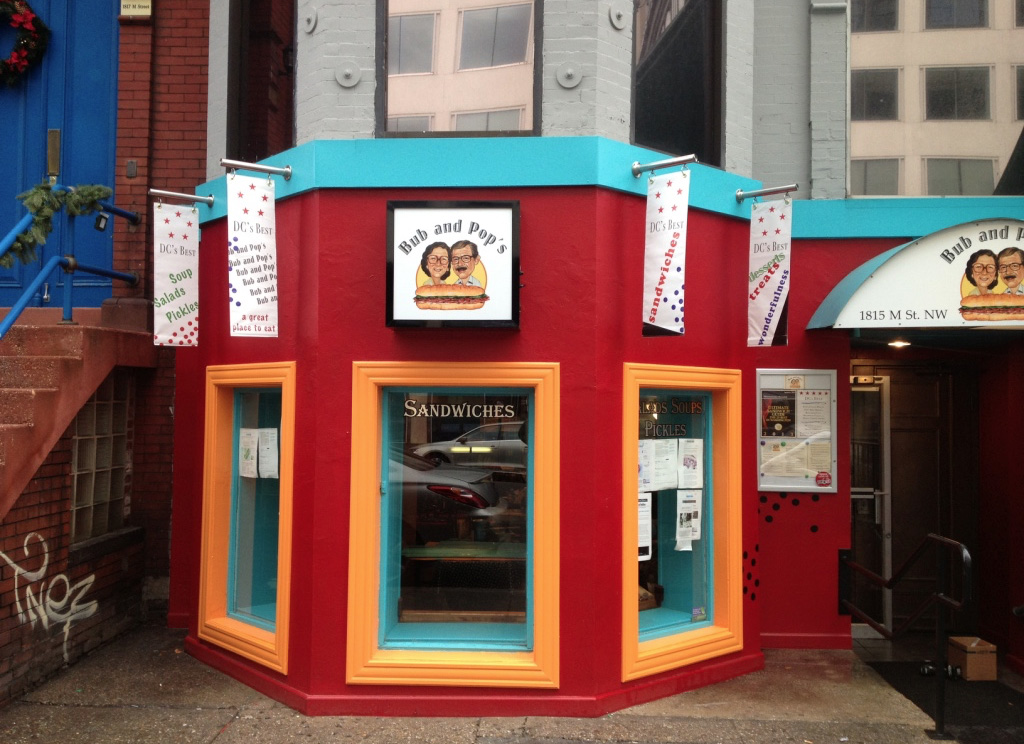 Since opening their doors in 2016, Lucky Buns have become one of DC’s most cherished destinations for budget dining. Top notch burgers and chicken sandwiches topped with exotic pickles, sauces and spreads satisfy a busy flow of salivating customers, all drawn here by the famously hand-formed Creekstone beef that’s always seasoned to order and cooked to perfection. There’s even a cursory nod to healthy eaters too, with all of the frying done with 100% peanut oil. 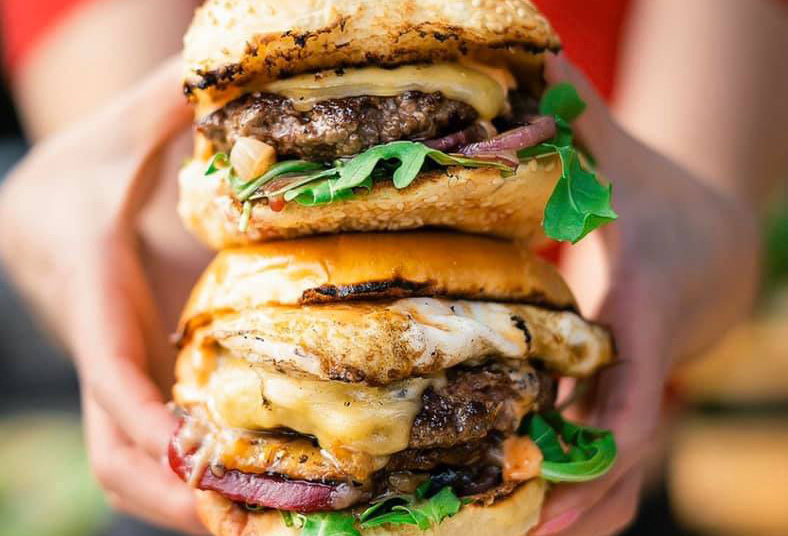 Inspired by their travels and regular trips to bustling Israeli markets, Little Sesame’s founders have concocted a menu featuring bold, fresh and exciting flavours, with all ingredients sourced from local farmers. Simple but delicious veggie-heavy dishes such as hummus bowls and pita sandwiches, seasonal salatim and mezze, and dairy-free soft serve take centre stage in the restaurant’s two DC locations, the second of which opened in 2019. 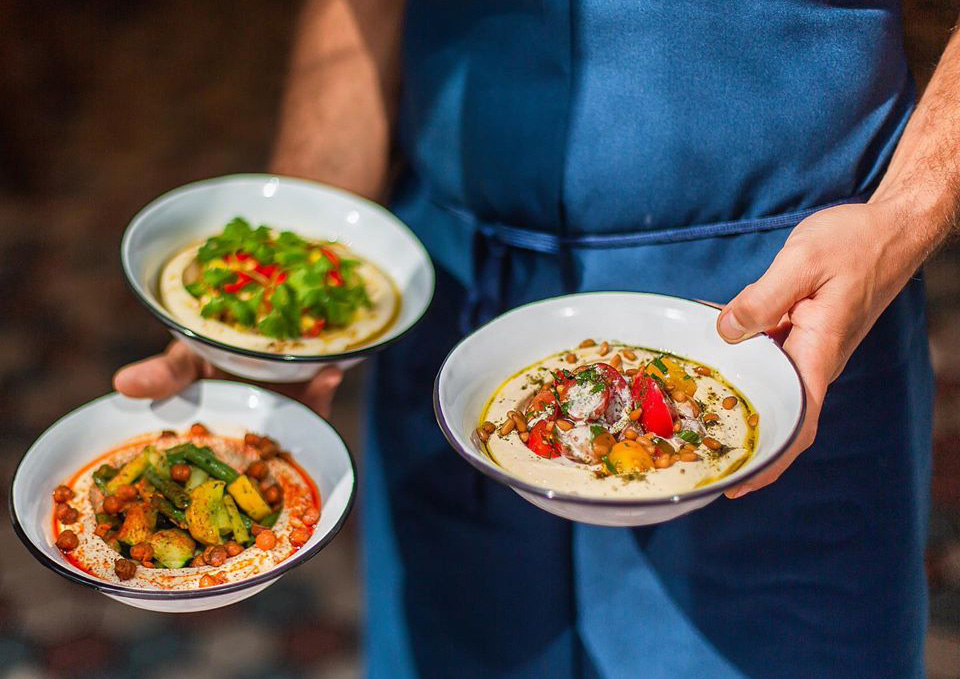 With its focus on fresh, organic ingredients, a chic ambience and funky music, Good Stuff Eatery is far more than a mere place of sustenance. Owned by the Mendelsohn family, who run several restaurant concepts across the US and beyond, the Washington branch of this hugely successful foodie brand features all the classic American favourites, including handcrafted burgers, handcut fries, and handspun shakes, along with healthier options such as farm fresh salads. Produce is delivered daily from farms before being crafted by the eatery’s talented kitchen staff into a range of delectable dishes. Don’t miss out on trying one of the exotic shakes, embellished by toasted marshmallows, soursop hop strawberry and homemade pumpkin pie. 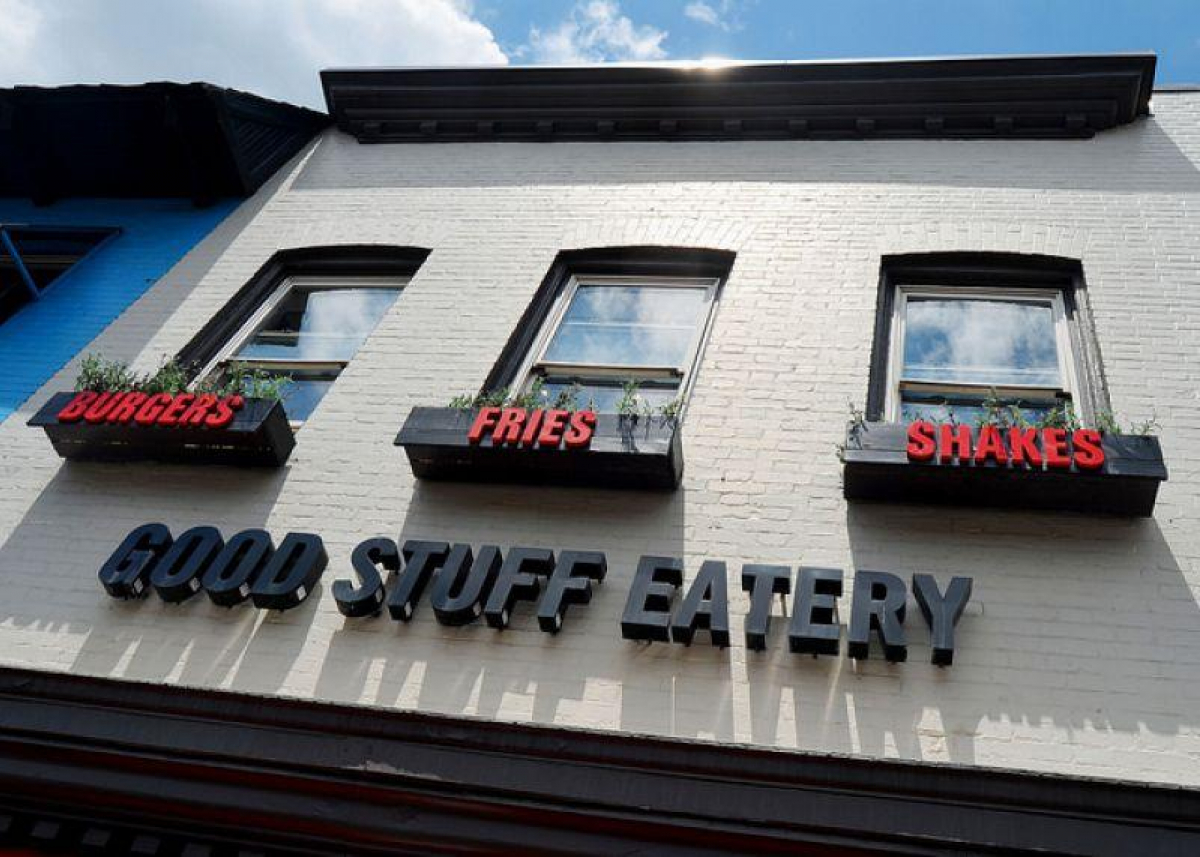 The claim for which city serves up the best pizza is hotly contested, but featuring in almost everyone’s top 5 is New York. So popular is NYC-style pizza that it has been adopted across the world, and in Washington the place to head for a slice of the Big Apple is We, the Pizza. Run by the acclaimed restauranteurs the Mendelsohn family, the Italian-American eatery serves up over 14 pies by the slice, along with hand-tossed wings, house-made sodas, and classic gelato shakes. As per NYC tradition, the pizzas are crafted with 100% white whole wheat flour milled solely from winter wheat from the northern Great Plain, while the tomato sauce gets its velvety, full flavour and deep red colouring from tomatoes grown by the famous Pastini family, and the creamy Fiore di Latte mozzarella cheese is made with farm fresh organic milk and hand spun in the on-site workshop. To top things off, all of the mouth-watering food is garnished with authentic tree-to-table virgin olive oil. 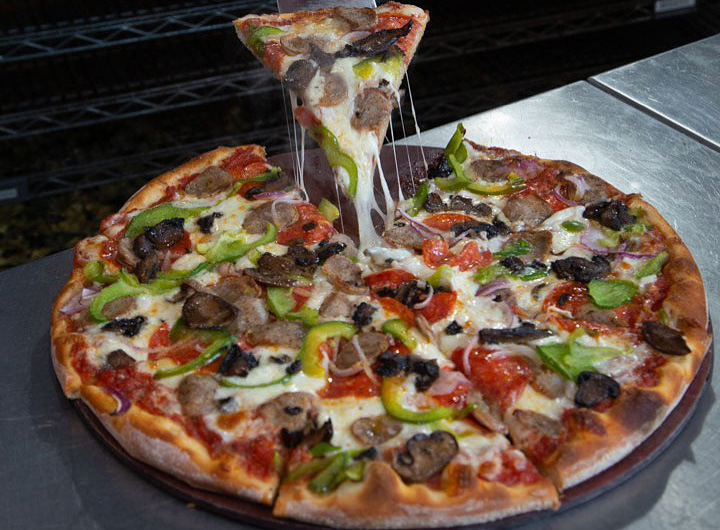 For those who like their poultry with a tangy twist, Chicken + Whiskey specialises in Peruvian rotisserie chicken and Venezuelan sandwiches, salads and sides. Inspired by South American street food culture, the experimental eatery is located within a 127-year-old row house and has a counter-serve setting with a speakeasy bar scene at night. Food is available daily from 11am until late, while the bar serves up some 66 whisky varieties and a range of other beverages until 5pm on weekdays and noon on weekends. An all-vinyl music list keeps the atmosphere pumping. 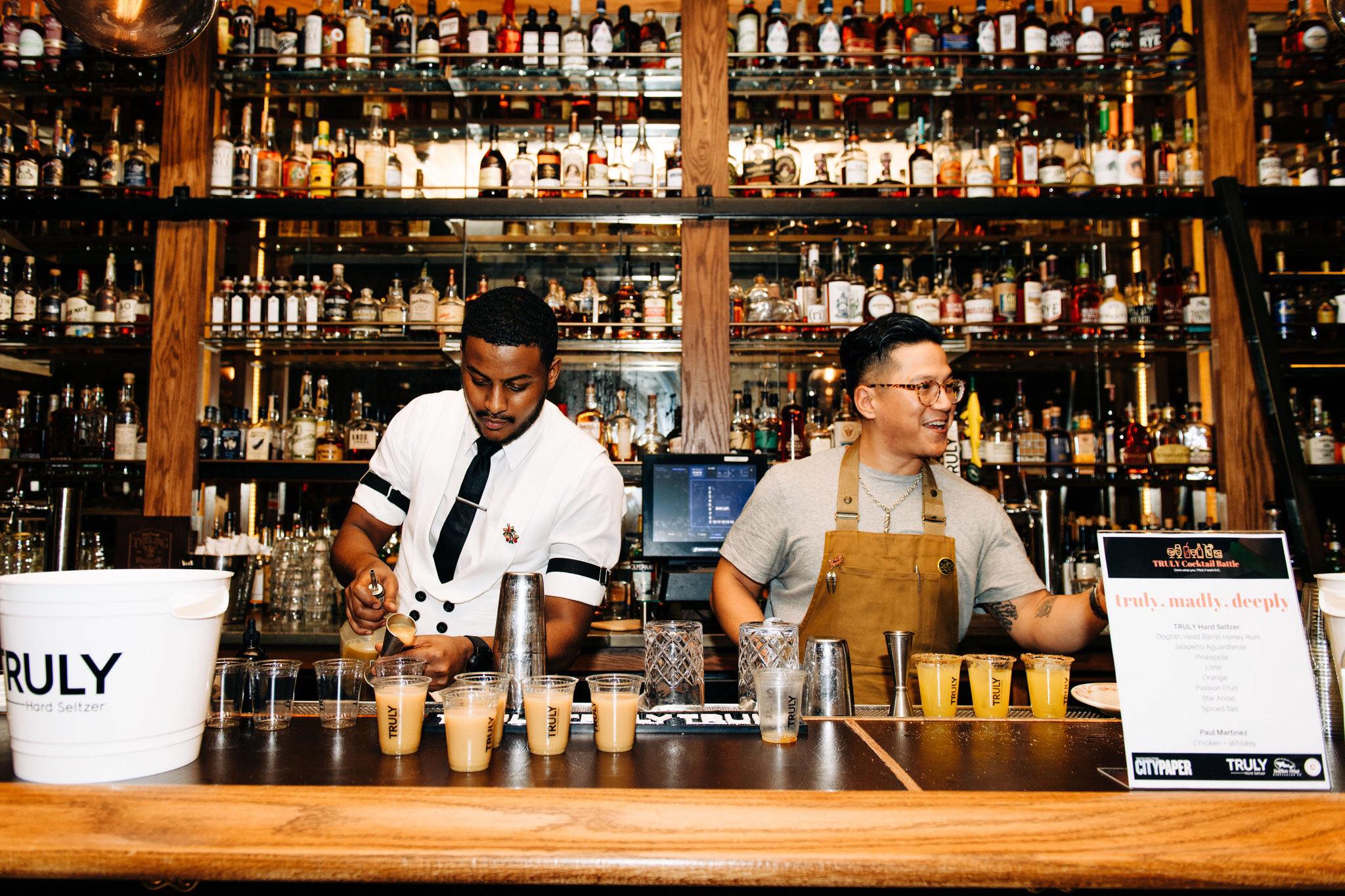 A busy counter-serve spot for hearty American breakfasts & lunches with a large communal table, Market Lunch is a kid-friendly eatery in Washington’s historic Eastern Market that has been specialising in delicious comfort food for over four decades. The eatery prides itself on sourcing locally from farmers and fisherman whenever possible, ensuring the freshest product for the best price, all contributing to the affordability of the fare here. Among the most popular foodie treats served up are crab benedict, shrimp and spicy grits, and blueberry buckwheat pancakes.

Thanks to its large East African diaspora, Washington is home to a thriving Eritrean and Ethiopian food scene and at the vanguard of this trend is Keren, an upbeat family-run hangout that serves all-day food to a steady stream of hungry patrons. Located at the foot of the city’s famously multicultural Adams Morgan neighbourhood, the restaurant serves up big and authentic dishes such as soft and sour injera (sourdough-risen flatbread) and Shahan ful (garlic-laced fava bean mash topped with chilli garnish), all complemented by warm and welcoming staff.

Boasting an idyllic waterfront location, Hank’s Oyster Bar is helmed by Jamie Leeds, one of Washington’s most acclaimed chefs, and is something of a seafood lover’s paradise. In keeping with its casual beachshack vibe, the restaurant serves up reasonably priced small and large plates for sharing, including a large selection of raw oysters – tartar and ceviche – as well as coastal culinary favourites such as lobster rolls, popcorn shrimp and calamari, and daily fish specials.

Frequented by the great and the good from politics and entertainment down the years, Ben’s Chili Bowl is perhaps Washington’s most distinguished cheap eat venue. With some four outlets dotted across the city, the Ben’s brand is all pervasive, to the delight of its dedicated fanbase who come to chow down on its flavourful and authentic food, while enjoying the family friendly atmosphere and rich history that exudes from the walls. Fresh homemade chilli is the order of the day, made using a secret recipe before being lavished on dishes including Ben’s Famous Chili Half Smoke and Ben’s Chili Cheese Fries 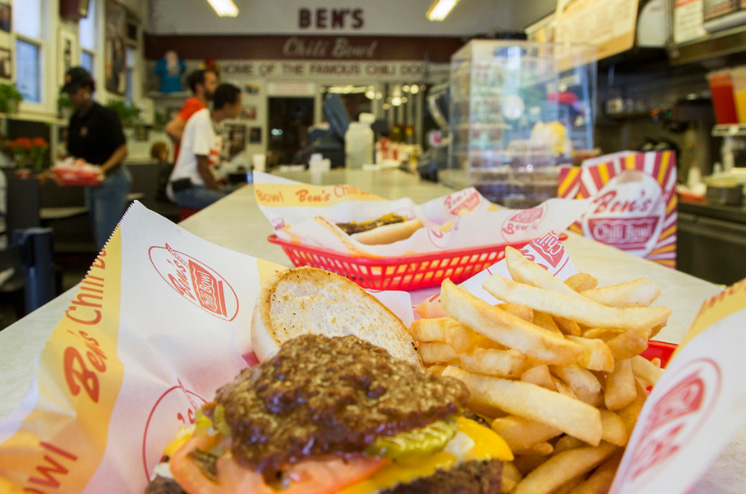 Brought to you by José André, one of America’s leading chefs, Beefsteak builds on the growing popularity of veggie-based food by offering countless combinations of flash-prepared dishes comprising earthy produce and complemented by freshly-made sauces and toppings. But while veggies certainly take centre stage, carnivorous types need not miss out, as there are meats or protein on offer too.