The largest city in the midwestern state of Michigan, Detroit has a reputation for being a little rough around the edges, but one thing it certainly isn’t lacking in is character and vibe. The city positively brims with energy and no less so than when night falls and the downtown district and surrounding areas become a hotbed of activity thanks in large part to the high number of nightspots and eateries to be found here. 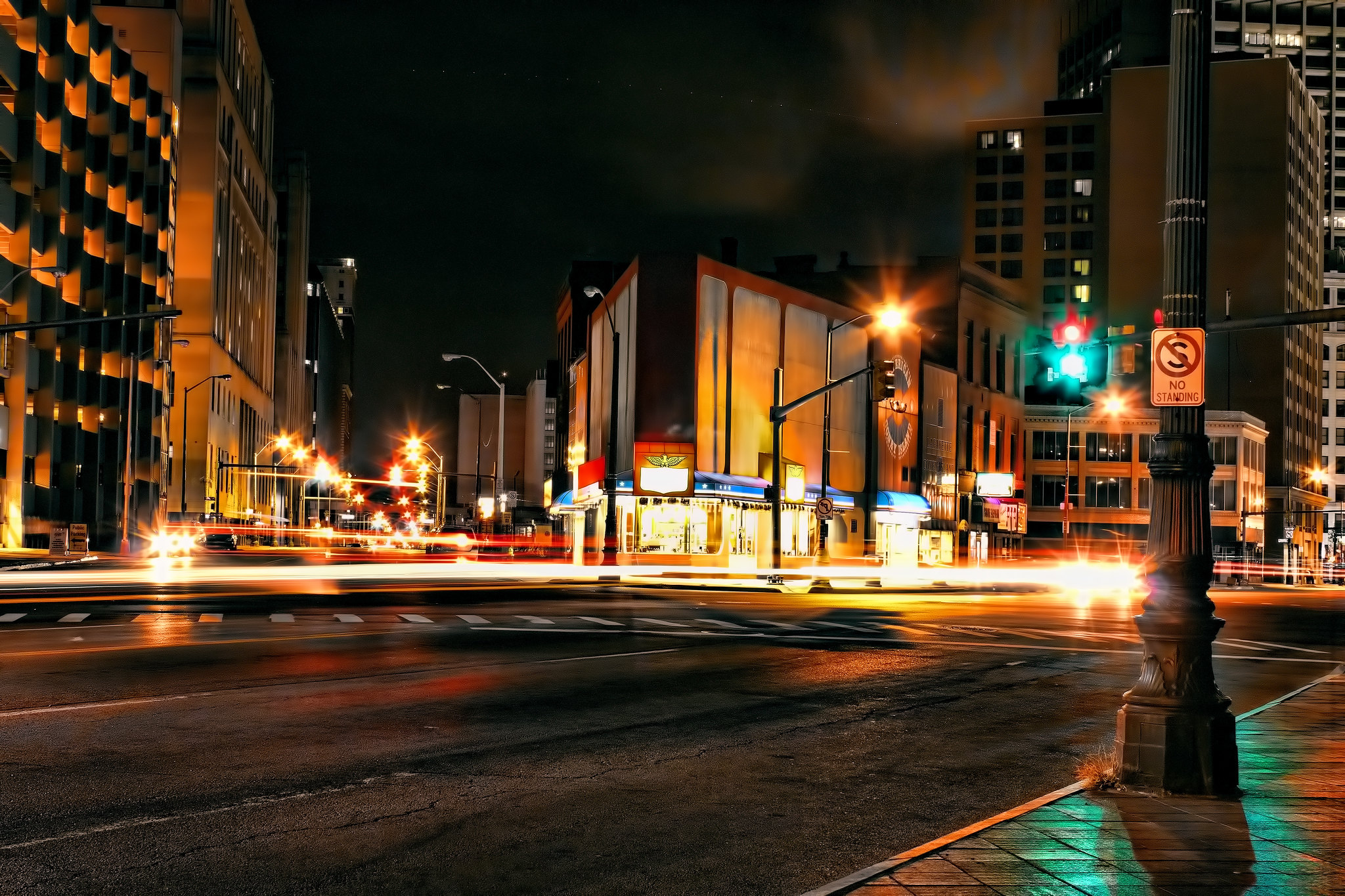 For those keen to experience Detroit’s foodie scene but don’t have the budget for high-end cuisine, then their luck is in, because the city abounds in fantastic cheap eats offering everything from American classics to authentic local favourites. What follows is just a small handful of some of the best.

Top notch grub at bargain prices and a buzzing atmosphere combine to make this one of Detroit’s most popular cheap eats. First opened in 2012, the chilled out neighbourhood joint packs in patrons seeking out its famous bite-sized sliders, served up in a variety of styles from Cuban to Korean to Greek, along with other delectable small dishes such as kale salads and chicken paprikash soups. The eatery also offers a wide range of bottled beers that are just the ticket for washing down those mouth-watering global favours. 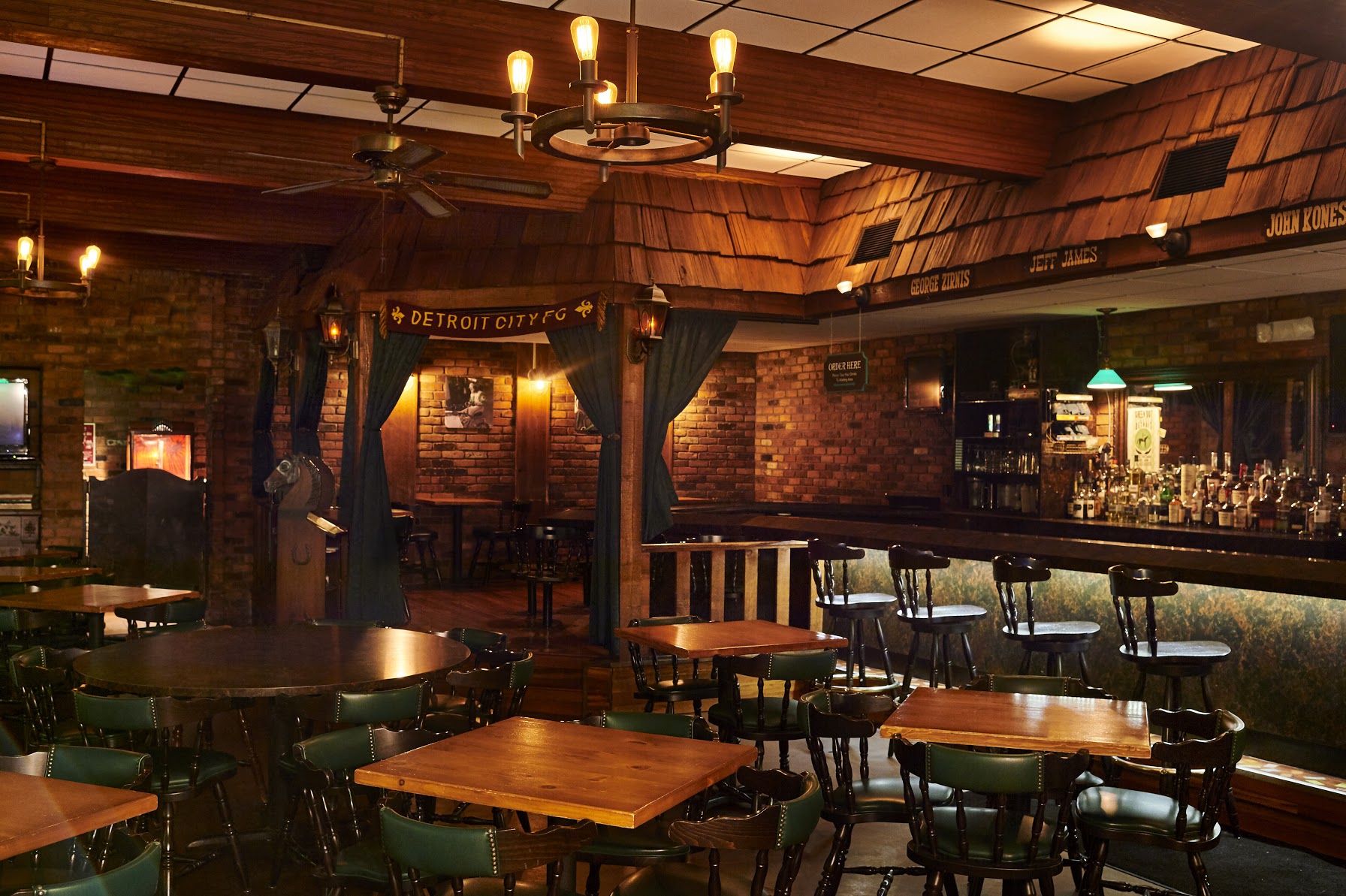 Everyone in hospitality knows the power of publicity, especially when the messenger is someone of the merit of Anthony Bourdain. So when the late American celebrity chef and travel writer featured the Detroit hot dog purveyor in his CNN food show in 2014, it was perhaps no great surprise that it instantly led to a major uptick in footfall. Over the subsequent six years Duly’s reputation has continued to grow, with its delectable dogs drawing a steady stream of hungry patrons from across the city.

Nestled between the historic Brush Park and Midtown neighborhoods, Grey Ghost was born from dedicated craftsmen, committed to the art of butchery, refinement of crafting cocktails and unparalleled hospitality. The name is a nod to the alias of the most notorious rum running pirate on the Detroit River during the prohibition era. Although never identified, the legend of the Grey Ghost lives on here. The restaurant features a nightly “Burger Special” featuring a popular two-patty burger, fries, a can of Hamm’s and shot of whiskey for $18. 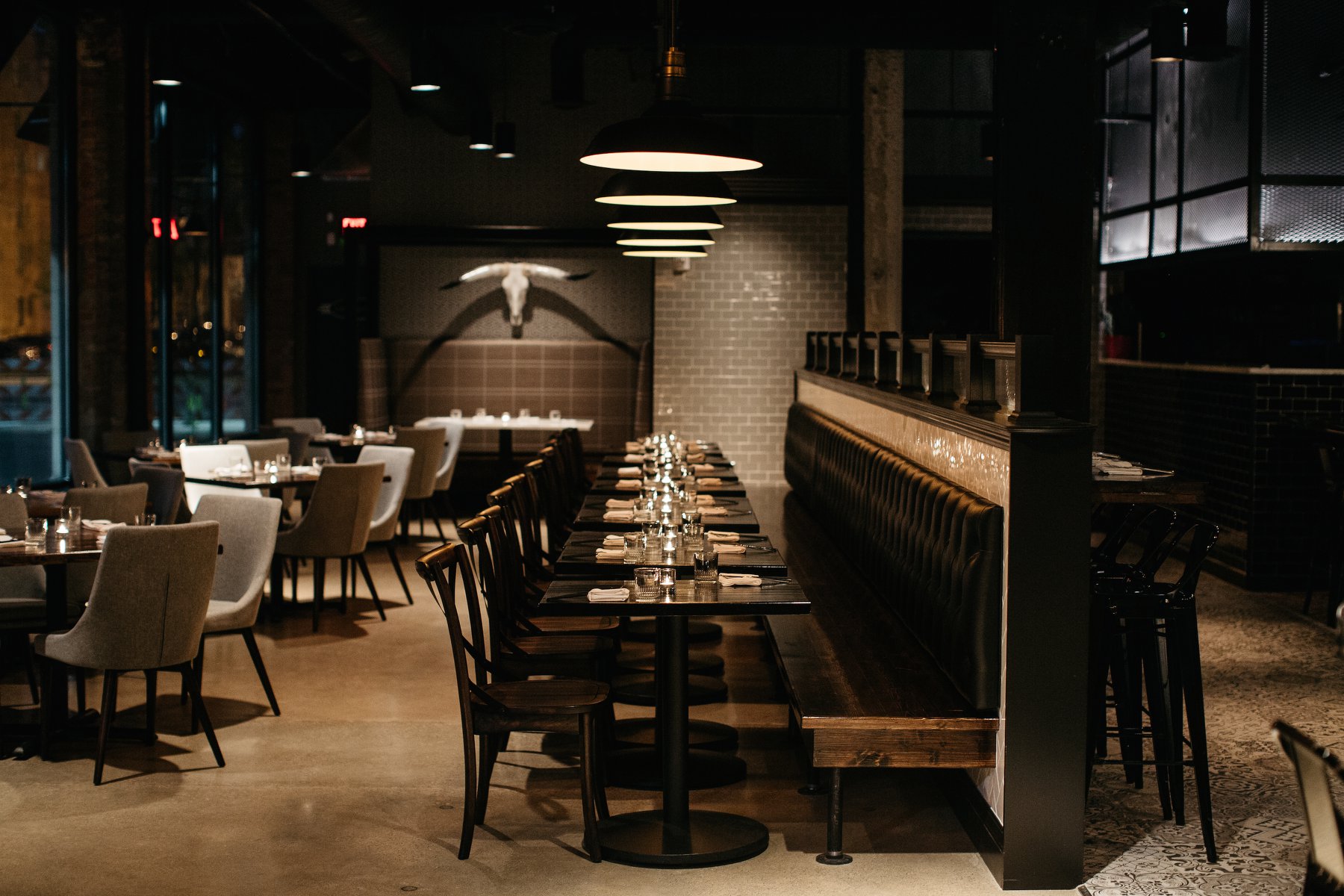 Situated next door to the expansive public green space of Belle Isle on the lower-east side of Detroit, what better way to reward yourself after a strenuous run around the park’s 982-acres than by tucking into some of Detroit’s finest pizza? With regular offers and deals available, the takeaway-only outlet serves up high quality, scratch-made pizzas, subs, salads, and other mouth-watering offerings at dirt-cheap prices.

Beer, cocktails, classic burgers and bar food served up in a laid-back space with vintage arcade games are the order of the day at this quirky Detroit foodie haunt. While the food takes centre stage, there’s no denying that the arcade on the second floor is also a major draw. If you’re looking for a menu tip-off, try their delicious-sounding deviled eggs “4 Ways”, served with jalapeño, BLT, and lobster.

Family owned and operated since 1917, The American Coney Island has been a consistent favourite with Detroit locals and visitors alike for over a century. The stalwart diner serves a simple but perpetually popular menu of classic, specially-seasoned Coney Island-style steamed bun hot dogs & fries, augmented by a closely-guarded family-secret Chili sauce recipe dating back decades. 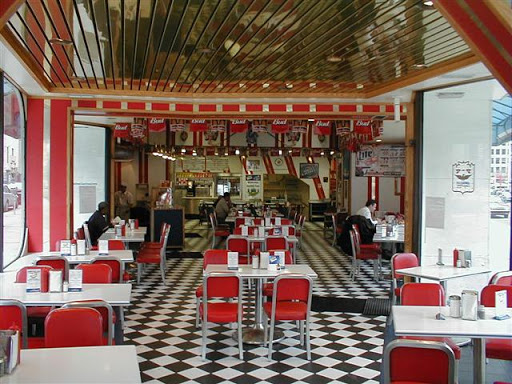 Spread across two dining rooms in Hamtramck, just outside Detroit’s northern suburbs, this popular Bangladeshi eatery has gained a dedicated following among those with a taste for Indian home-style cuisine. Featuring a range of unique spice blends, the dishes served up here range from the mild to the mind-blowing. Menu highlights include the tandoori chicken wings, four-piece braised shrimp in coconut cream, and the Aladdin Special Burger.

Honest John’s breakfast sandwich, made with egg, pork sausage, and American cheese on a giant English muffin is the remedy of choice for many a hangover sufferer in Detroit. The relaxed eatery serves this and other hearty, restorative breakfast dishes plus all-day American classics in a warm and welcoming setting complete with a jukebox pumping out melodic tunes. Multicoloured lights dangling from the ceiling and edgy neon signs adorning the walls add to the ambience. 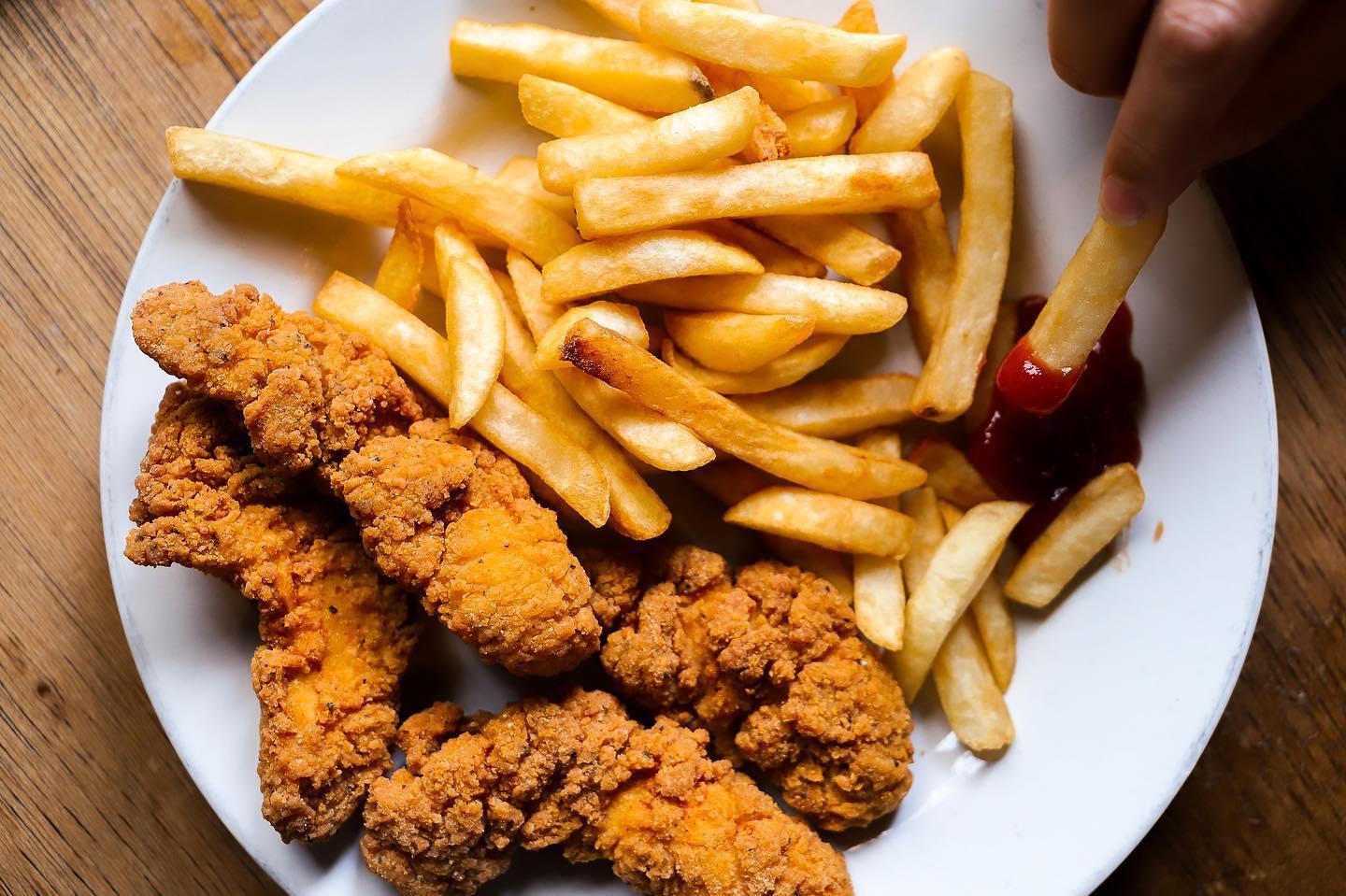 Set across three levels, this pueblo-style eatery catches the eye as soon as you arrive, thanks to its colourful archways, terra-cotta walls, Mexican-themed murals, and gazebo-style wood bar. The restaurant offers traditional Mexican fare steeped in the traditions of Jalisco – the western Mexican state from where the eatery’s owners hail. Stand-out dishes include homemade fresh tortillas, tacos filled with marinated pork, chorizo, chicken and grilled steak, and you’ll also find a selection of authentic Mexican fruit drinks known as ‘Aguas Frescas’.

Located next door to the Comerica Park open-air ballpark in Downtown Detroit, Corktown Tavern is a popular spot for hungry diners on their way to or from a Detroit Tigers ballgame. The tiny neighbourhood watering hole is small in size, but big in character, with a jukebox loaded with classic tunes keeping the vibes buzzing while patrons tuck into simple but tasty dishes and bar bites including chicken wings, fried meatballs, tots, and old-school burgers. Meanwhile the upstairs area plays host to regular live bands.